Batsugun (バツグン) is a "bullet hell" shooter developed by Toaplan and Gazelle. After a 1993 arcade release, it was ported to the Sega Saturn and released exclusively in Japan in 1996. The game is considered the pioneer of the bullet hell genre; its designers would move on to form Cave, one of the leading developers in the genre. This port was released as the first of Toaplan legendary series, but this series was never released later.

is the standard shot,

is for bombs and

is for autofire. There are five stages. The Saturn port adds the ability to play in a horizontal screen orientation.

Player ship has three forms, based on the experience points collected. You power up gradually by collecting P icons and by destroying enemies which grant experience points, an unusual design for a shooting game; dying takes away a certain amount of power but gives you a free P icon. After fully powering up, gathering further experience points adds bombs and restores the ship's hitpoints (Special version only)

The game features many hidden score opportunities, which are sometimes so obscure that they can't be fully understood without external documentation, e.g. when certain parts of the stage 4 boss, Battleship Jupiter, are destroyed, it starts releasing tanks. When there are enough tanks onscreen, they turn red. Destroying these red tanks with a bomb yields a very high score bonus. More scoring opportunities have been added for the special version.

You can choose one of three ships; each ship has a different attack range/frequency. Pilots are different for 1 and 2 player. With the combination of pilots, the dialogue at the stage clearing will change.

The Saturn port includes the rare "Special" version of the game, which features modified bombs (covering a larger area), smaller hitboxes for the player ships, allows the player to take an additional hit before being destroyed and loops after clearing the last stage, each loop becoming increasingly difficult. Other extra features are the inclusion of both the original and a rearranged soundtrack.

In gameplay, pause game and

The Saturn port runs with much less slowdown than the Arcade version, making it more difficult.

Thank You For Your Playing 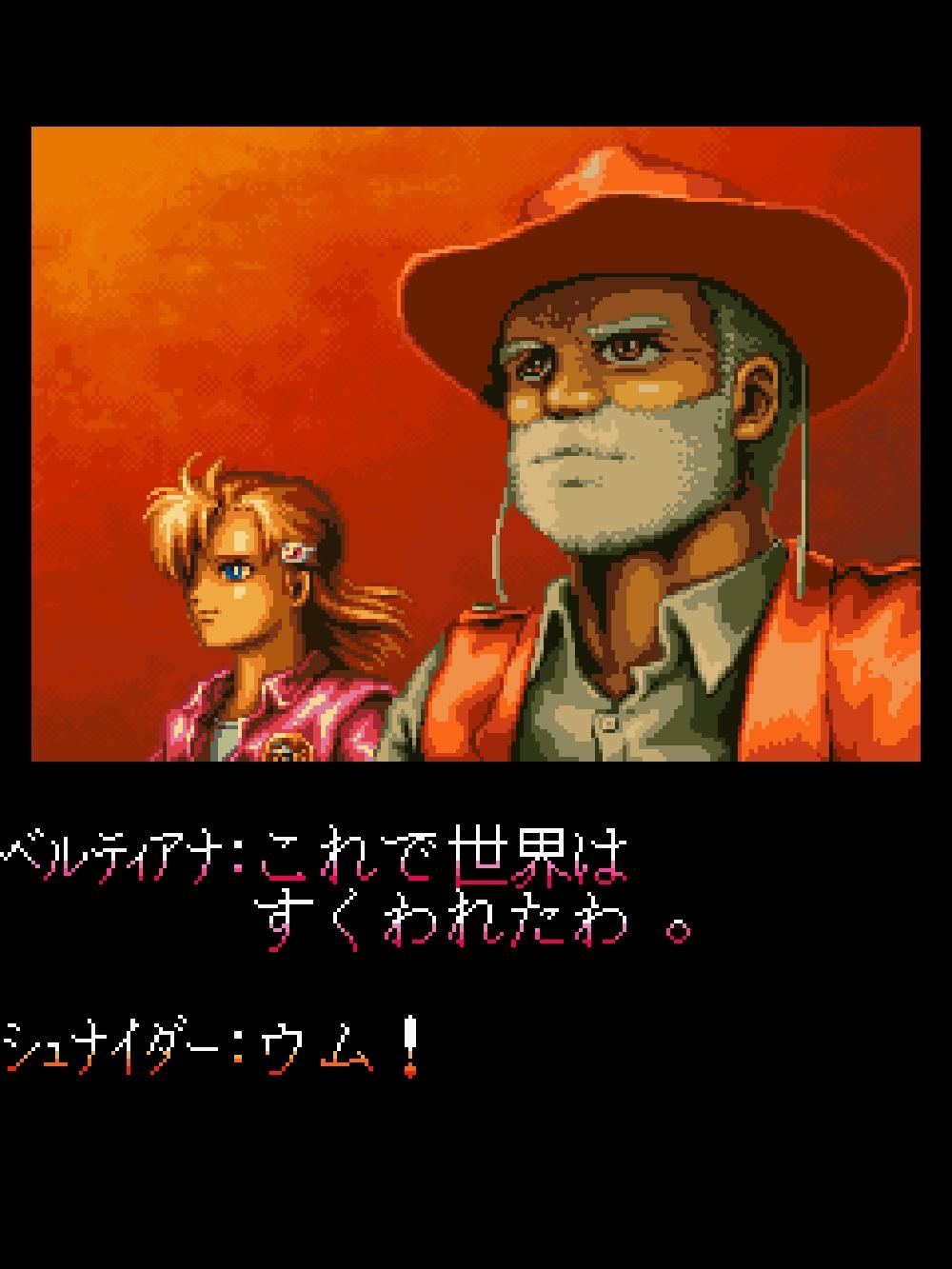