Traveller's Tales, currently known as TT Games, is a prolific British video game developer notable for producing a number of first-party Sega titles, such as Sonic 3D Blast and Sonic R. Founded in 1989[1] by Jon Burton and Andy Ingram, the company has developed games for publishers like Disney and Activision, and is most known for both the advanced graphical effects incorporated into many of its releases, and for its popular series of Lego movie license games. 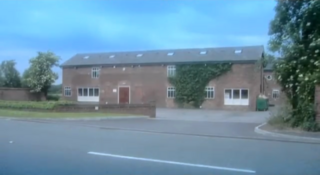 Traveller's Tales was founded in 1989 by programmer Jon Burton and artist Andy Ingram (both formerly from the British demoscene) near the completion of their first game, the 1991 Amiga action platformer Leander. With the game's modest success came an eventual port to the Sega Mega Drive, both exposing the developer to Sega's 16-bit hardware, and establishing Traveller's Tales as a "developer of note" in the demoscene community, being one of few scene groups to have published their work to a home video game console.

Working alongside Psygnosis for their earlier titles (and taking full advantage of its advanced development hardware and business experience), Traveller's Tales soon saw their parent company acquired by Sony Imagesoft - something that allowed the studio to begin developing for larger properties; notably, 1994's Mickey Mania started a long and fruitful relationship with Disney. Their later work on Toy Story (one of the first games to launch alongside the blockbuster it was licensed from) resulted in millions of sales and was one of the studio's largest successes, with Traveller's Tales soon adopting a license-centric style of business. Burton says, "We had found our business model, and people started to emulate it. For the next 10 years, we were on seven-month deadlines." Their continued success saw Traveller's Tales gain the attention of other big players in the entertainment industry, like Sega.

Not long after, the studio was contracted by Sega to develop the first-party Sonic the Hedgehog game Sonic 3D: Flickies' Island - something which really got their attention and impressed Traveller's Tales in terms of Sega's commitment to the project. The success of that title led to a second, the technically-impressive Sonic R, and the company has since established a reputation as one of Britain's most consistent and trusted video game developers.