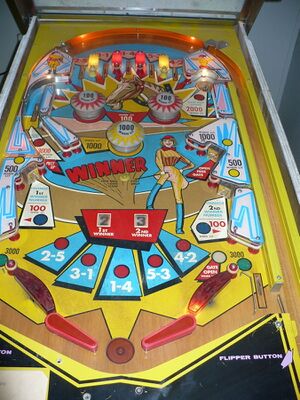 The relation between Sega and the pinball industry has been long and storied. The company first started importing American-made pinball machines from manufacturers such as Bally, Stern and Williams in the late 1960s and continued the practice throughout the 1970s even as they developed their own pinball tables for export around the globe. Though Sega of Japan ceased manufacturing pinball tables in 1978, the Spanish division of the company—Segasa (later doing business under the name "Sonic" for the English market)—would continue to make pinball machines through 1986. In 1983, following the video game crash, owners Gulf+Western sold the American assets of Sega to Bally (only to be purchased by CSK a year later.)

In 1995, Sega purchased the pinball division of Data East, which had previously been the assets of Stern Electronics. From 1995 to 1999, Sega made more the 20 pinball tables with franchises such as Baywatch, The X-Files, and Mary Shelley's Frankenstein. The tables were popular and many are still readily available in arcades today; however, due to the downturn of the pinball market, where Sega was only one of two manufacturers left, sales of the machines were relatively poor. In 1999, Sega sold their pinball division to Gary Stern (President of Sega Pinball at the time) who called his company Stern Pinball; somewhat ironically he had been part of the Stern family that sold Stern Electronics to Data East in 1985, bringing it full circle.

This category contains only the following page.