Both Sega Mega-CD[9] and Sega Mega-CD 32X versions of the game were once planned, but cancelled.

The game is a golf game played on 36 different holes taken from 27 famous US golf courses. Professional golfer Fred Couples is playable and does commentary. The game also allows players to create up to 24 custom golfers, with an editor allowing the player to choose from 12 male and 6 female golfers, customize their appearance, choose their tee color, and select their clubs. The tee color (red for ladies, white for amateur, blue for pro) affects the golfer's starting position on each hole. The game keeps detailed statistics for each golfer.

There are several play modes:

For each mode, players can choose to play "Fred's Favorite" 18 holes, the longest 18, the shortest 18, "The Gauntlet" (the 18 most difficult holes), a random 18 holes, or all 36 holes. Players can also create a "custom course" of up to 36 holes by arranging the holes in any order.

Multiple players can share control pads or use separate control pads. Players are assigned a pad prior to starting a game.

There is also a practice mode where the player can practice driving or putting and chipping or choose any hole in the game to play.

On each shot, a wind sock shows the wind direction and intensity and another inset shows the ball lie. The player can bring up a draw/fade meter with

to control the hook or slice of the shot with

and adjust the golfer's stance with

. The player can switch between a drive, a putt, or a chip shot with

The player aims the shot with

. The player starts a backswing with

, which shows the stroke meter. A marker moves to the left in the red range to indicate the distance of the shot, which the player stops with

. Each notch on the meter represents 10% of the distance potential of the selected club, with the last notch being 100%. Then a marker moves to the right in the blue range to indicate the accuracy of the shot, which the player again stops with

. The player tries to stop the marker as close to the middle notch on the accuracy meter as possible. Stopping before this point causes the ball to hook to the left; stopping after this point causes the ball to slice to the right. Missing it by a large margin can cause the golfer to whiff the shot. Stopping the distance marker past the last notch overswings, which can potentially travel farther than the distance potential of the club but speeds up the accuracy meter.

With a Six Button Control Pad, the player can switch to an overhead view of the hole with

, toggle an inset overhead view with

and toggle an overlay contour grid with

. The grid is automatically used when on the green. These options are also available from the pause menu with  START . The pause menu also has options for practicing a swing ("Address"), dropping the ball to a nearby location (at the cost of a stroke), viewing the leaderboard (in a tournament), viewing the scorecard, checking the player's statistics, saving or loading a game, or changing the game options.

The game uses a battery backup to track player statistics and can save up to four instant replays and four games in progress. 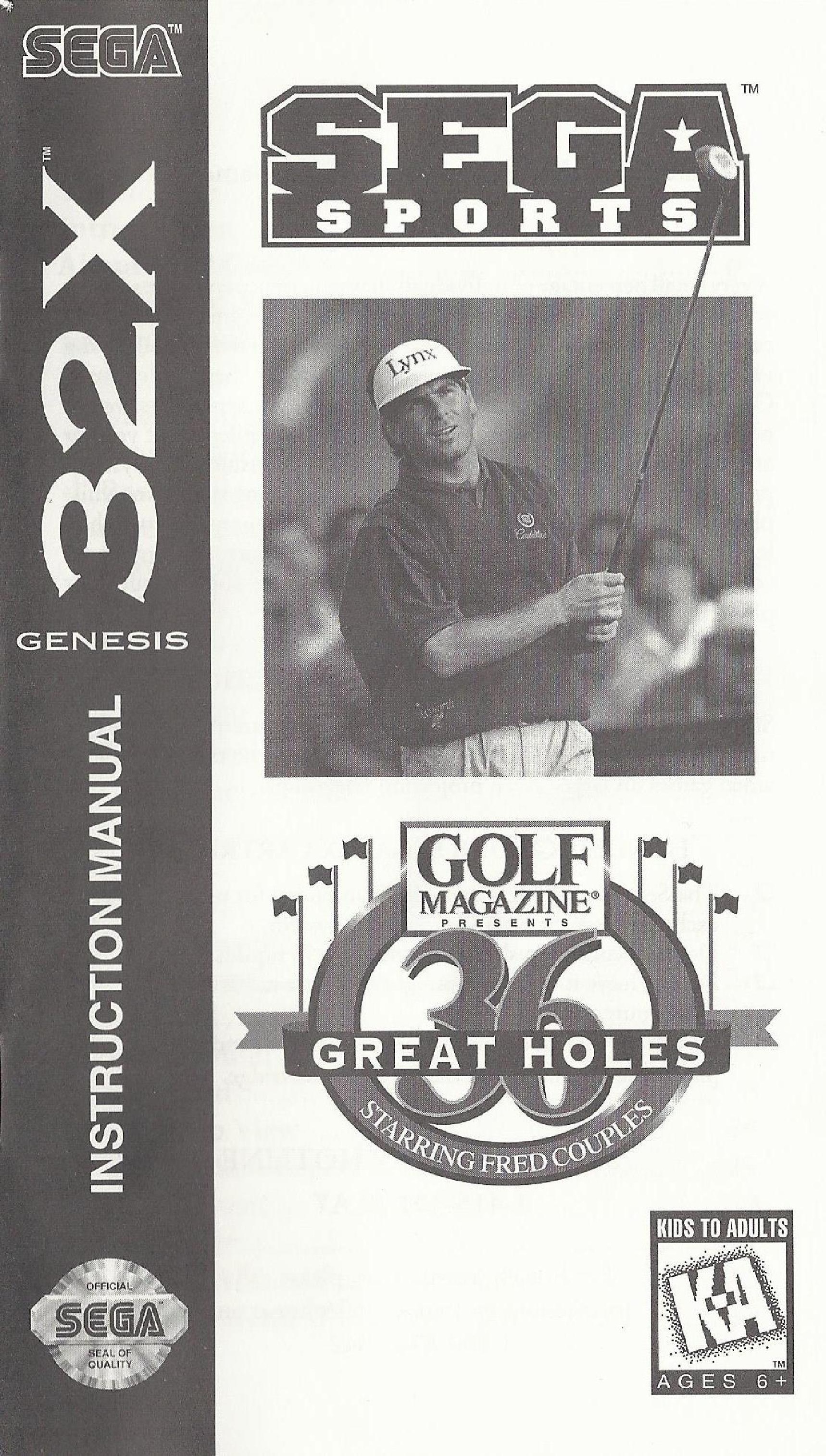