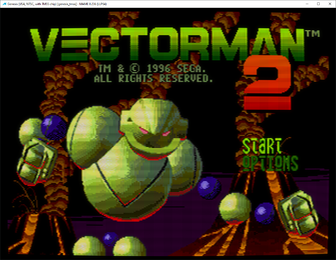 MAME is an open emulation project which supports a wide range of machines, including arcade games and consoles. It can emulate CPU-based games as well as those based on discrete logic circuits, and has varying degrees of support for almost all Sega arcade systems and many of their consoles.

Its core philosophy puts emulation accuracy before performance, at the expense of sometimes requiring higher computer specifications in comparison with other emulators which use shortcuts or "hacks" (such as not accurately reflecting what the hardware is doing in code or pre-calculating certain values so look up times are faster than they would otherwise be on the real hardware). It's often considered the best arcade emulator around because of its wide range of support, although emulation of certain Sega Model 2 games is currently limited.

The MAME project, which began its life as "Multiple Arcade Machine Emulator" in February 1997, originally attempted to emulate every arcade machine known to man and had a sister project named MESS that did the same for consoles and home computers. In 2015, the MAME team integrated both MAME and MESS into a single, unified project (dropping the acronym and making "MAME" the actual name of the application), and one year later relicensed its code base to a more permissive free and open-source BSD/GPL license, which allowed its use in commercial projects such as Capcom Arcade Stadium.