Popful Mail (ぽっぷるメイル) is a 1991 game by Falcom for the PC-88. Sega Falcom ported it to the Sega Mega-CD in 1994. A demo disc, called Popful Mail Taikenban, was also released.

Sega of America originally intended to localize the game as Sister Sonic but abandoned this plan after receiving negative feedback. Ultimately, it was given to Working Designs to localize.

The story is set in an unnamed fantasy world where, long ago, three fallen gods of darkness known as the Masters of Evil attempted to lay siege to the mortal plane. They were known as Morgal, the Lord of Beasts, commander of the feral and the most voracious of monsters and beasts; Necros, the Master of War, corruptor of men and the inciter of temptation and vice; and Ulgar, the Overlord, the leader of the Masters of Evil and wielder of the most evil of magics. At the end of the great war that threatened all who lived in it, the Masters of Evil were sealed away in a floating tower far from the reach of anyone, and only three warriors, an elf, a human, and a dwarf, survived to tell the tale.

The story begins with main character, Popful Mail, chasing the criminal Nuts Cracker through a forest. When defeated, Nuts Cracker's body escapes and Mail cannot claim the bounty on him. However, she learns of a new bounty and becomes reinvigorated when she spots a 2,000,000 gold reward poster for the wizard turned criminal, Muttonhead, near the post. With this, she embarks on her adventure.

Popful Mail is a platform game with RPG elements. At the start of the game, the only playable character is Mail; however, as the game progresses, Tatto and Gaw become available, and the player may switch between them at any time (except in the middle of dialogue). Each character has different attacks and armors, as well as differences in walking speed and jump. The player's character can be moved around with

and can jump with

. The character attacks with

. The character can duck and defend with

and can jump off platforms with

. The character can climb ladders with

and descend them with

. Additionally, the player can summon a menu with

to change the current character, use or equip an item, or save or load. Invoking the menu pauses the game.

Stages are non-linear and involve exploration and backtracking. Players can enter and leave stages freely. The character encounters enemies as well as non-playable characters. Similar to an RPG, the player must investigate and talk to NPCs in order to progress the plot and discover how to move to the next stage. Often, when encountering an important character, dialogue begins immediately. These conversations are voice-acted; however, text accompanies them, and the voiced speech can be turned off if desired.

The character has 100 health points, and attacks from enemy characters diminish it according to the strength of the attacker. Each character has separate health from the others, so the player can switch to another character if one gets low. Similarly, all enemies have a 100 health point bar that has to be brought down to 0 for the enemy to be defeated. Enemies are briefly stunned after being hit and can be hit again as they come out of the stun. How much damage is dealt depends on the strength of the character, although an attack always causes the same amount of damage to the same enemy.

When an enemy is defeated, it typically drops a bag of gold or a healing item. Enemies respawn when the player leaves the area, so the player can grind enemies for gold. Gold can be spent at shops in towns in exchange for weapons, armor, and other items. Each character can acquire up to five different weapons and various items. Each subsequent weapon is stronger than the preceding one, although the player may switch to any weapons possessed at any time if desired. Other items include healing fruits and a temporary invulnerability charm. Items are obtained from treasure chests, shops, NPCs, and bosses.

The character has an attack power bar that is depleted as a distance weapon or a magical attack is used. When the bar reaches 0, the character can still perform the weapon motion, but the magical or long range portion of the attack fails. The bar regenerates quickly if given time to do so (if the character uses no attacks or switches to a melee weapon). Use of a distance weapon or magical attack while the bar is regenerating halts the regeneration, which resumes if no attacks that deplete it are made.

Games may usually be saved and loaded at any point in the game (except during dialogue); if a game that was previously saved in a room with a boss is loaded, the game resumes just before the battle, before the character has entered the room. Three save slots are provided. If the player runs out of life on the current character, the character dies and the game ends, but the game can be continued from a save file.

These items are dropped by enemies after they are defeated. 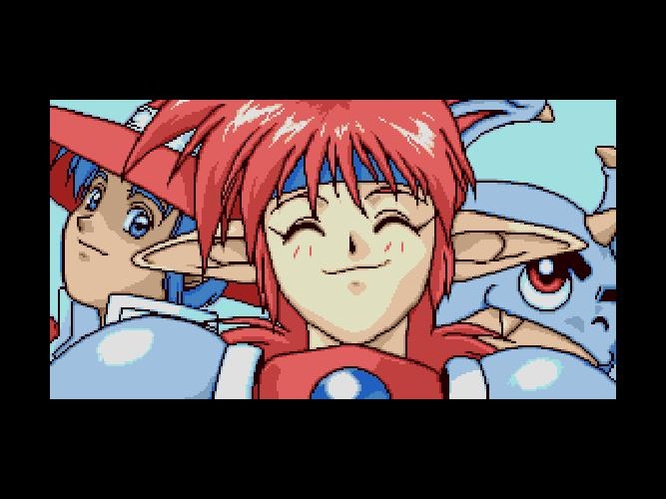 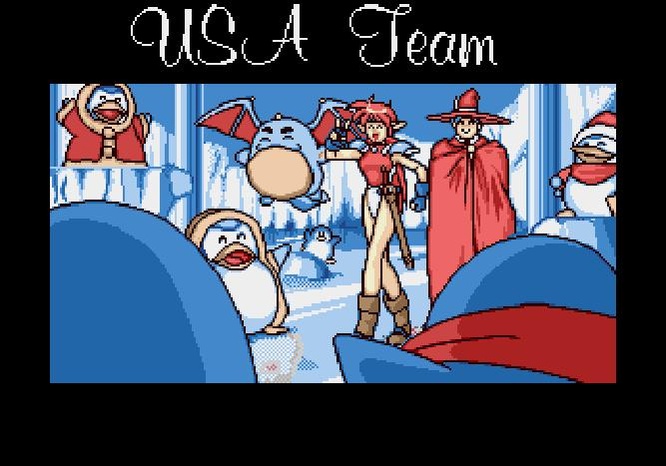