2020 Super Baseball is a 1991 Neo Geo arcade baseball game with a futuristic setting by SNK and Pallas. Electronic Arts ported it to the Sega Mega Drive in 1993, calling it Super Baseball 2020 in the US and Europe and 2020 Nen Super Baseball (2020年スーパーベースボール) in Japan.

The game plays similar to a conventional baseball game but with several changes and additions. The game includes both male and female characters as well as robots. All three types of players have the same basic abilities and vary only on their personal strengths. Human players can lose their upgrades if overworked, whereas robot players can blow up. This happens if the player constantly makes them dive for a ball, run extra bases, or even if they get hit by a pitch. Some robots, especially pitchers, naturally run out of power as the game progresses, losing all their abilities, both offensively and defensively. When that occurs, the player can either power-up or replace them with someone else on the roster. Human players do not blow up, but human pitchers can tire out and throw the ball very slowly. This can be remedied by either an upgrade or, as in real baseball, switching to a relief pitcher.

During the game, players can earn money doing certain things, ranging from throwing a strike ($100) to hitting a grand slam ($10,000). Players can earn money both on defense and offense, and the money earned gets saved for use at any time during the game (but money does not carry over into subsequent games). Money can also be deducted, such as from taking a strike (on offense) or hitting a batter by a pitch (on defense). At any point in the game, the player can pause the game with  START  and spend money on upgrading players. For human players, the player can upgrade three different abilities: hitting, fielding, and pitching. Upgrading hitting power will allow the player's character to hit the ball farther; fielding power will allow them to run and throw the ball faster when on defense, and pitching upgrades (used only for pitchers) will allow a player to pitch the ball faster and more accurate. Robots can only be upgraded to more powerful robots, which upgrade all of their attributes; human players can also be upgraded to robots.

Apart from the futuristic characters, the field has been revamped and redesigned. There is only one stadium in this game, known as Cyber Egg Stadium. A ball hit over the outfield fence is no longer a home run unless it is hit directly over the fence in center field. The reason the home run zone was reduced is because the hitters are far more powerful and have the ability to blast the ball tremendously far. Only the most powerful hitters can have the accuracy and strength to hit the ball far enough to get a home run. The other areas of the outfield stands are covered with a protective glass that cause the ball to bounce off of it and bounce back in play onto the field. The foul zone has also been reduced. It is now shorter and only encompasses the area directly behind first base through third base. Weaker batters can often get a hit by swinging early or late at the ball, causing it to just barely make the fair zone in what would otherwise be the foul zone in normal baseball.

Other features are also present on the field. Stop zones are present just past the field behind first and third base. If the ball touches these rectangular spots, it stops dead. However, stop zones are small, and the ball can often bounce right over them without stopping. Near the fence are jump zones, in which a player gets an extra boost in jump height to catch a ball that is otherwise going to go over the fence. Jump zones are placed all throughout the stadium's fences. In addition, after a few innings, "crackers" are put on the field. Crackers are landmines that launch the player in the air when are stepped on, delaying the player's time to make a play.

The single-player game is played as a 15-game season. The player chooses a team from the two leagues and plays three games against each of the other five teams in the league. If the player is first place at the end of the season, the player progresses to the Super Baseball 2020 World Series game against the other league's champion. There is a password system for continuing the season. The two-player game is a single match-up against another player. Players must choose a league and pick teams from the same league.

Players can be injured by being hit by a pitch, in which case they are removed from the game by a flying ambulance and replaced with a spare robot and a greater fine is incurred.

There are three different levels of each upgrade, known as A, B, and C (with C being the most powerful and expensive). It is not necessary to have a lower level of upgrade to purchase a higher level, though there is no discount for purchasing a higher level if a lower level is already equipped.

There are two leagues. Each team has different strengths and weaknesses. Players are rated on Pitching, Hitting, Fielding, and Chance, and the team selection shows the average of the team's players. 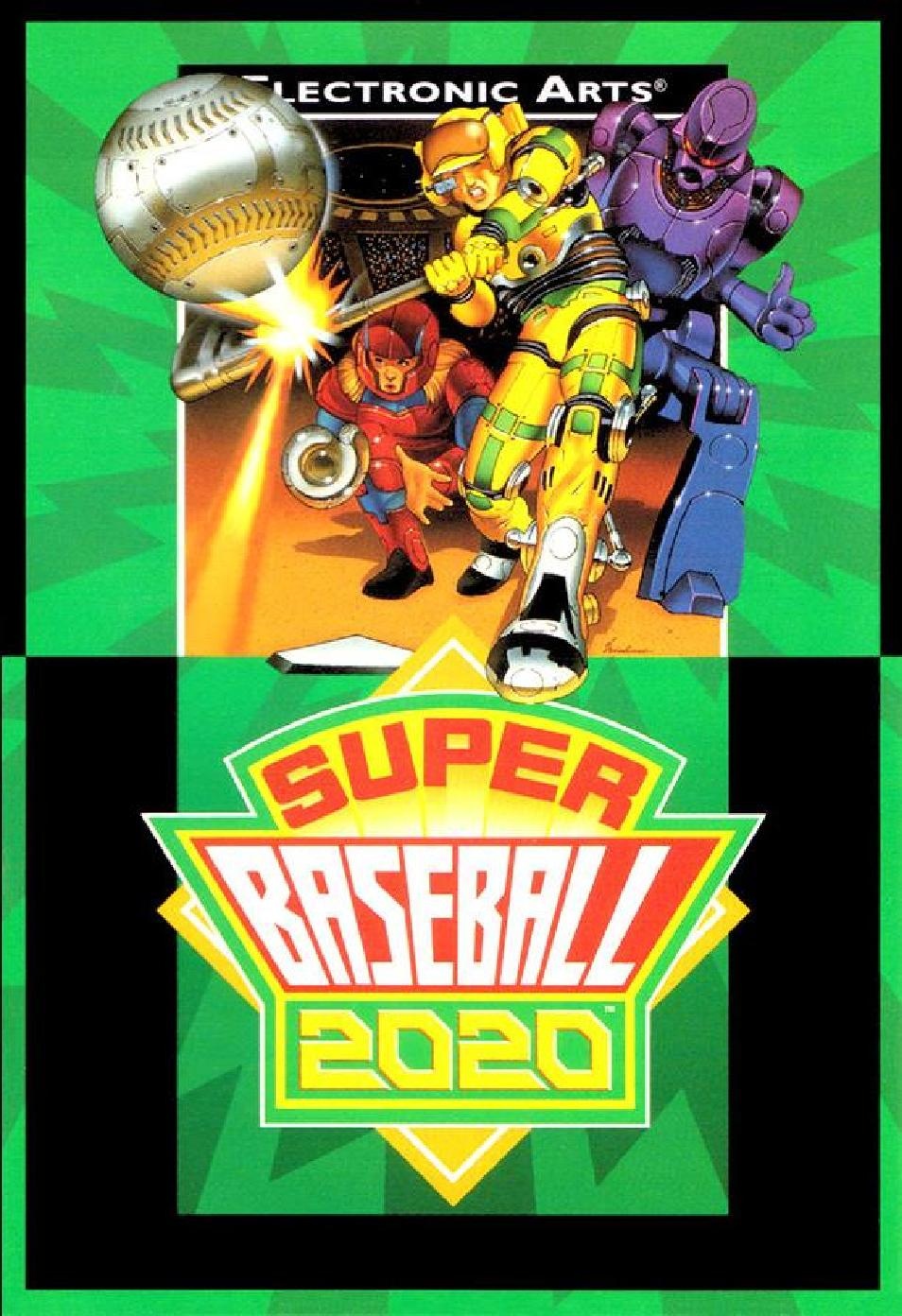