Cobra Command, known as Thunder Storm FX (サンダーストームＦＸ) in Japan, is a full-motion video game developed by Wolf Team for the Sega Mega-CD and released in 1992. It is a port of the 1983 arcade game Thunder Storm by Data East, and it is an interactive movie produced by Toei Animation.

Terrorists are threatening the free world and have amassed a diabolical force. Only the brave pilot of Cobra Command can vanquish the terrorist threat and save the free world from total destruction. The player assumes the role as pilot of the LX-3 Super Cobra helicopter (fictional, but similar to the Bell AH-1 SuperCobra).

The game is an interactive movie with elements of a shooter. The player watches scenes from a first-person perspective as the helicopter flies through the conflict zones. The game screen is represented by the helicopter's cockpit, and the player controls a crosshair that can be moved with the D-pad to aim at the enemy forces. The player can fire missiles with

or a Vulcan gun with

. Both weapons have unlimited ammunition. The Vulcan gun can be fired continuously by holding the button down but quickly overheats. The player must also occasionally use the D-pad to steer the helicopter out of the way of obstacles when cued. If the player fails to shoot down an enemy or move the helicopter in time, a short animated sequence depicts the Cobra helicopter being destroyed and the player loses a life. The game ends if the player runs out of lives.

In Europe, Cobra Command was later bundled with Sol-Feace, a horizontal shoot-'em-up, as Sol-Feace / Cobra Command. As European Mega-CD games were distributed in jewel case quad boxes, one "half" of the box was devoted to Cobra Command, and the other to Sol-Feace. In America, it was bundled with Road Avenger.

The game was bundled with Road Avenger in the Sega Saturn game Thunder Storm & Road Blaster. It was later ported to iOS by G-Mode, the company that bought Data East's intellectual property after its bankruptcy. 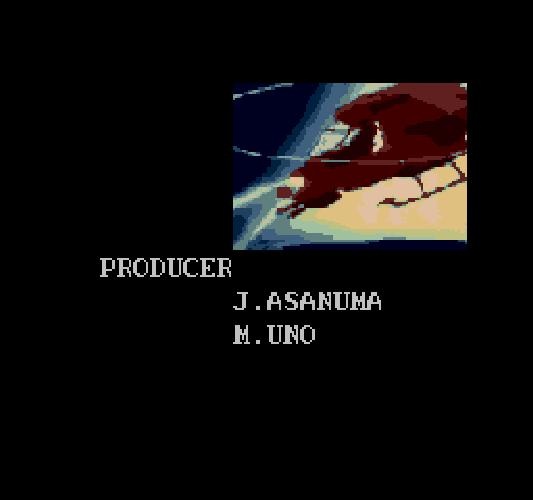