Doom (ドゥーム) is a first person shooter developed by id Software and released on December 10, 1993 for DOS-based IBM PC compatibles. It was later ported to numerous platforms, including the Sega 32X (as a launch title). It is widely considered to be one of the games that pioneered and popularized the first person shooter genre, and retains a large, dedicated fanbase to this day.

The player assumes the role of a nameless space marine and through use of a varied set of weaponry, must fight his way through moonbases on Mars and the depths of Hell itself.

The game is played through the eyes of the main character. The player navigates through the level and collects weapons, ammunition, powerups, and other miscellaneous items. Certain doors are locked via a red, blue, or yellow keycard which are hidden throughout the level. Eventually the player finds the exit and progresses to the next level. Every so often a boss is encountered, where the level ends upon defeating the boss.

Levels are often made more varied by use of gimmicks and traps such as elevators, poisonous pits, monster closets, and secret rooms.

When in Automap:
D-Pad - Moves character.

button functions around in options. It will also affect automap controls.

When in Automap:
Pressing  START  while holding

US manual has wrong information about Automap controls for 3-button controllers, futher contributing to rushed feel of this title.

- Scroll up through available weapons.

- Scroll down through available weapons.

- Scale up or down instantly.

Pressing any button aside from D-Pad while holding  MODE  will bring up a corresponding weapon. Examples:  MODE  +  START  brings up fists/chainsaw (pressing again switches between them if player has Berserk Pack),  MODE  +

Despite being highlighted in the US manual[7], the most powerful weapon on Doom, the BFG 9000, is not accessible during normal play due to the third episode being removed.

The "blur artifact" (or "partial invisibility") and light-amplification visor, which exist in other ports of Doom, are not available on the 32X through normal play.

Missing from this list, but which are present in the original IBM PC version of Doom, is the Specrtre enemy (essentially a semi-transparent Demon) and the two strongest enemies in the game, the Cyberdemon and Spiderdemon (the latter due to episode 3 being cut from this version).

Contrary to what the US manual claims[8], enemies will not fight each other in this version of Doom (although they can still damage each other). Unlike the PC version, enemies only have front-facing sprites (which runs counter to the screenshots on the back of the North American box), however still have "waiting" code, meaning it is possible to sneak up on them. This leads to situations where an enemy appears to be looking at the player, but does not react to his or her movements from certain angles.

The 32X version doesn't name its maps, simply labelling them with numbers. The names below come from the original IBM PC version of the game.

On the 32X, the first two episodes are played roughly in order, save for E1M9 which is moved to the end of the game, and E2M8 which is missing entirely. No maps from episode 3 appear in this version.

Levels 16 and 17 can only be accessed if the player beats the game, starting from level 1, with no cheats enabled. The US manual again erroneously claims that there is a "wrap-around" feature, where as an example, it suggests starting at level 8 will see the player progress to level 15 before then tackling levels 1-7[9]. Instead, the player will receive the "bad ending" after level 15, and be greeted with a fake DOS prompt.

Doom arrived on a 24Mb (3MB) ROM cartridge, albeit at some point of time it was reported that it will be upgraded from 24Mb to 32Mb (4MB), making it the largest 32X game in development at the time[10]. Most likely it didn't make it to 32Mb due to the third episode levels being cut out to save development time in order to become Sega 32X launch title. If we take a look at the size of known prototypes of this game then we will see that prototypes between September 6 and September 21 were larger than 3MB, as well as October 2 build.

Builds were leaked onto the internet in February 2008 on Hidden-Palace site.

The 32X port of Doom derives from the Atari Jaguar version, which adjusts level layouts in areas to ease with rendering, as well as potential hardware constraints, and/or aesthetics on a TV screen as opposed to a computer monitor. Despite this, the game managed to debut on the 32X before the Jaguar version was finalised. Leaked prototypes suggest that 32X Doom was originally more in-line with the PC version, the switching of levels occurring as an mid-development optimisation.

32X Doom does not run at full screen - while the system is technically capable of rendering a full 320x224 Doom image, a border is applied to mitigate performance concerns in some areas. Due to storage space limitations on a cartridge many decorative objects and textures are missing and monsters have only front-fracing sprites, albeit it's still possible to sneak up on enemies in rare cases as their behavior wasn't changed to take it into account. Monsters infighting was removed. Demons wake up on sound only if player is directly present in their radius.

Interestingly, 32X version updates Automap in real-time when it's activated, while on PC the changes will show up only if you hide and view Automap again.

The levels set is shared with Atari Jaguar version, both being in development at the same time. Most likely 32X levels were being ported from Atari Jaguar in-progress builds. Atari Jaguar family levels set contains heavily simplified layout of levels from PC original, some maps being completely different, using less textures and objects as well. Due to 32X version being rushed it ended up being released before Atari Jaguar version thus the levels set is unfinished in comparison. It's missing the third episode and there are occasional glitches: Hall of Mirror effect in Level 10, for example. You can't finish certain levels 100% as some monsters were misplaced outside of rooms.

The music was also noticeably changed, the developers deciding to remake the soundtrack with GEMS and keep it on the Mega Drive side only rather than use the 32X's PWM — having to make launch date didn't help the situation either. It is considered to house one of worst interpretations of Doom's music, with even the SNES surpassing it in terms of quality.

The game now features a level select menu, allowing the player to select any level within the game; however, by using the level select, the game only presents the user with a DOS prompt at the end, instead of giving the true ending away. Curiously US manual mistakenly says that in such case the game will wrap back to the first level so player can complete the remaining ones.

On the 32X, Doom usually runs at around 15-20FPS - a long way from the PC version's 35FPS, but higher than several other versions, such as the 3DO, Super NES and even Sega Saturn. Sega suggested that the 32X Doom performed just as well as an Intel 486 PC clocked at 50MHz, though was far less expensive[11].

Interestingly enough, there are few builds of Doom 32X that were made after the final version. The files were named as "Doom RR", quite possible new revision was planned for the game. These builds contain no differences from final Doom 32X release much to public knowledge. 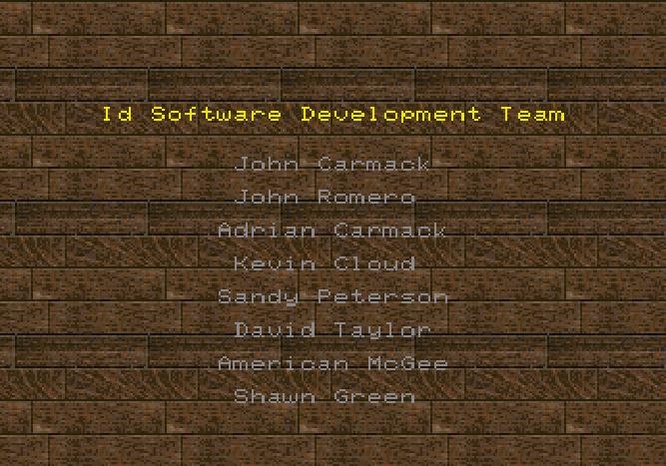 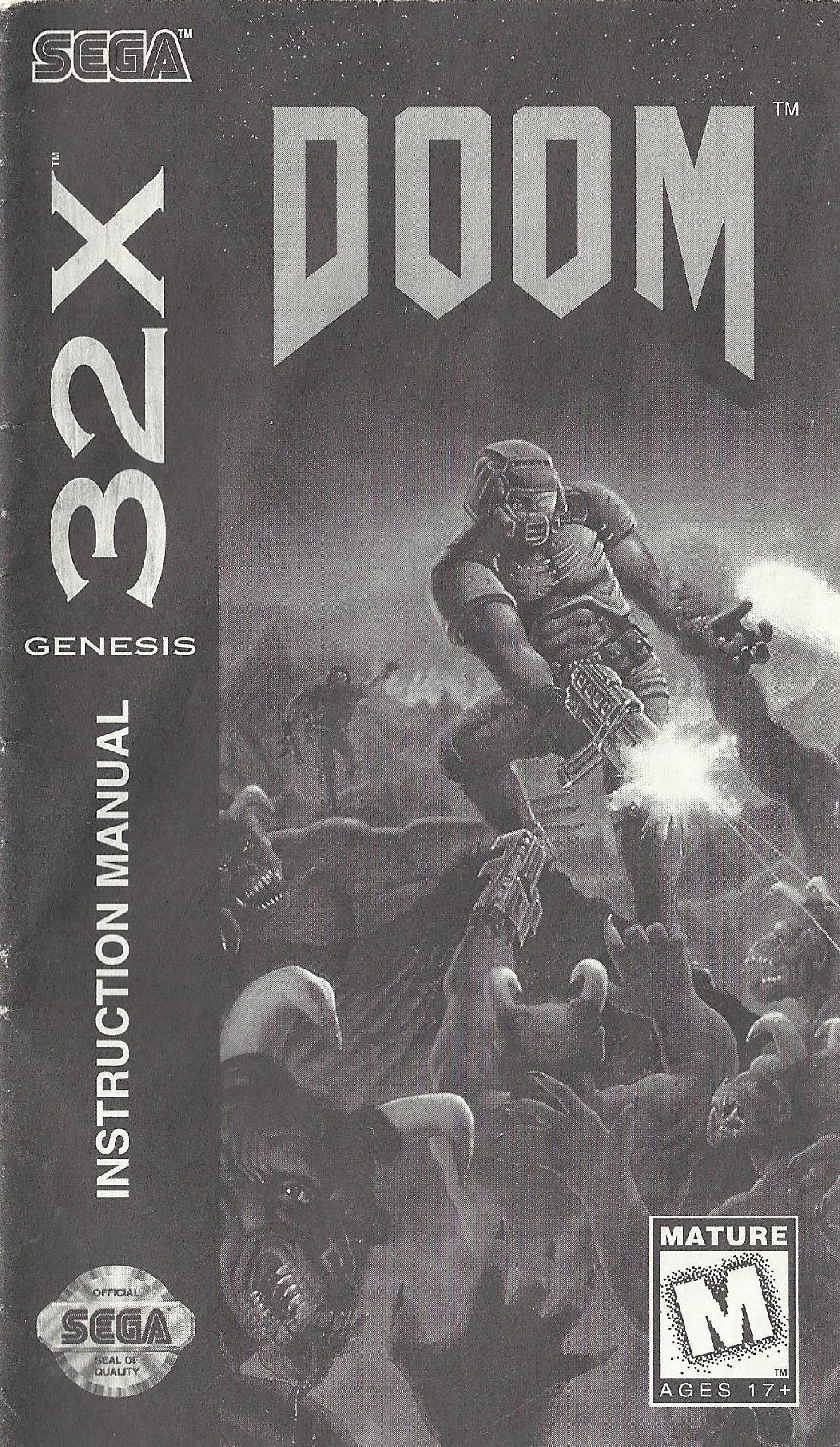