Greendog: The Beached Surfer Dude! is a Sega Mega Drive action platform game developed by Interactive Designs and published by Sega. First released in September 1992, it was later ported to the Sega Game Gear by the same developer the following year.

The game takes place on a number of Caribbean islands and features a calypso music soundtrack.

The eponymous protagonist of the story is Greendog, the player character, a laid-back, cool surfer and skater with a mop of bleached blonde hair. He has surfed most of the biggest waves around, including off the coast of Australia, California and in the Mediterranean, and is always in search of the biggest waves which will give him the biggest thrill and he cares for little else in life. He does not say much except "dude" and "cool."

One day, while surfing in the Caribbean Sea off the coast of the Grenada islands, Greendog is knocked off his surfboard by the biggest freak wave he has ever seen, and falls unconscious in the sea. When he wakes on the beach, he is apparently in another version of our world, or at least some form of very vivid dreamworld, and a mysterious and apparently magical gold pendant is tied around his neck and he is unable to remove it. His girlfriend Bambi finds him and explains to Greendog that the pendant is of Aztec origin and carries a terrible curse; it dooms the wearer to be attacked by animals and wild primeval creatures and, worst of all, prohibits surfing.

The only way that Greendog can lift the curse is to travel to a lost Aztec civilization and track down six pieces of a sacred Aztec treasure which were scattered across the Caribbean Islands.

crouches. The cursed pendant causes animals and locals to freak out and become hostile when Greendog approaches them. Greendog is armed with only a flying disc (a Frisbee) that flies a short distance in front of him before returning. He can shoot it at enemies to destroy them or at various objects.

throws the disc, and

throws the disc diagonally upward in the direction that Greendog is facing. Greendog can throw the disc while jumping or crouching. Every 10,000 points, Greendog receives a Flying Disc Bonus (announced by a chime), which temporarily increases the power of the disc.

Greendog can find Power Items throughout the levels that temporarily enhance his flying disc, freeze enemies, or provide invincibility. He can store up to four of them in slots at the top of the screen. The

The game has some homages to earlier side-scrolling adventure games, such as Pitfall! as the character often has to swing on vines to advance and many of the levels take place in a tropical jungle or in an ancient Mesoamerican temple. Greendog has numerous contraptions and toys, such as a "pedal-copter," inline skates, and a skateboard, which are used to complete some of the levels. When piloting the pedal-copter,

ascends. Greendog's dog Fetch appears at certain points and can hinder by trying to eat food items or help by attacking enemies.

Each stage ends with an Ancient Aztec Ruins segment where Greendog finds a piece of treasure. In between stages, there are "Island Hopping" segments where Greendog travels over the sea in his pedal-copter to the next island.

The Game Gear version has the same mechanics as the Mega Drive version. Greendog is moved with

, throws his flying disc with

. He cannot throw his flying disc upward in this version. To use Power Items, the player must pause the game with  START  and press

. The pause overlay is also the only way to check Greendog's health, lives, and score since these elements are not visible during gameplay.

The game has all of the stages from the Mega Drive version except St. Vincent; instead, its Aztec Ruins level has been added to Saba. Greendog's pedal-copter (and the corresponding Island Hopping segments) and inline skates are also absent. Some additional challenges have been added to the Aztec Ruins skateboarding levels, such as falling boulders and dark sections. 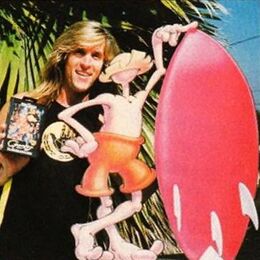 Conceptualized by Sega of America producer Michael Latham around characters from the obscure 1988 board game Surf Trip[8][9][10][11] (created by surfer Ric Green[12][13] and illustrated by American artist Cam de Leon[14][15][16][8]), Greendog was partly inspired by Latham’s experiences growing up in the Caribbean. While the producer had greater ambitions for the game's design, Sega of America’s marketing department were not as convinced, and Interactive Designs were only provided half the expected budget and a short five-month development cycle.[17]

The game's perceived attitude has seen it become the star of community parody, notably seeing a resurgence in popularity thanks to YouTube personality Joe Redifer of Game Sack. First appearing in episode 154, and being introduced with an eagerly 1990s-"attitude"-filled exclamation of “Green-DAAAWG”, Redifer’s exaggerated pronunciation has since become associated with the game’s modern identity. 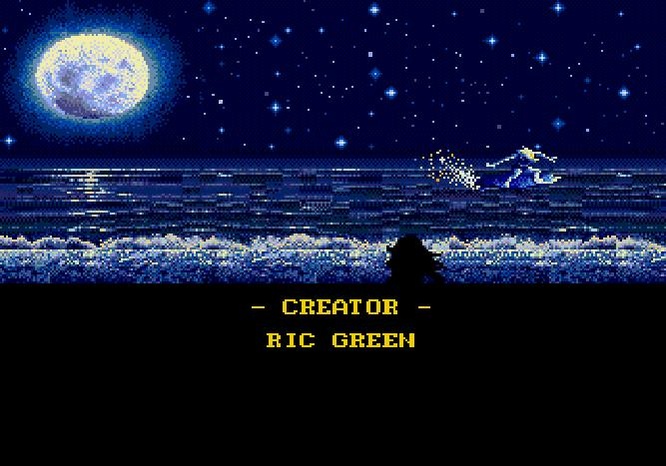 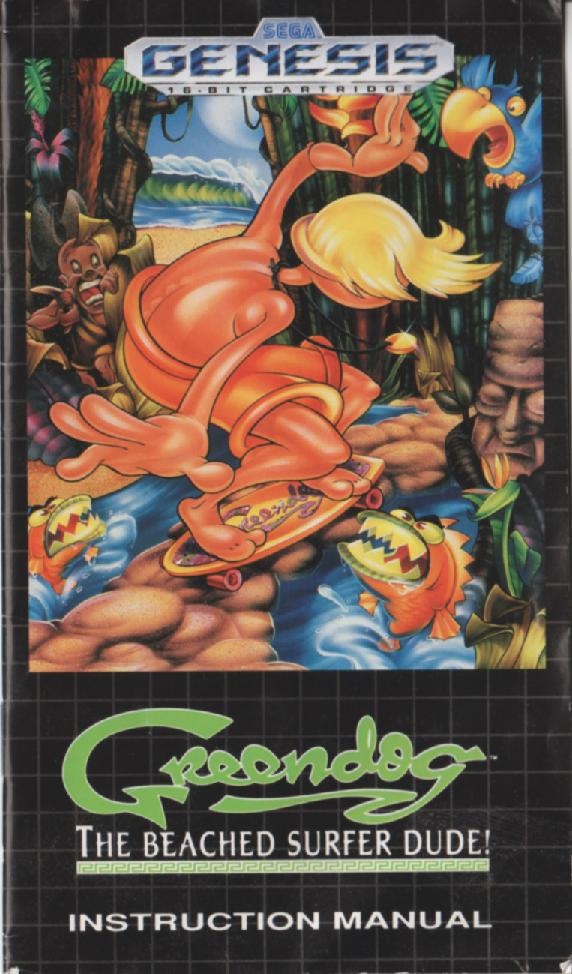 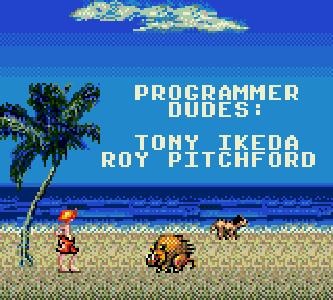