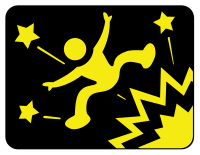 Initially, the Sega Mega Drive was paired with a genre system designed in the late-1980s, predating numerous genres and sub-genres which were created in the coming years. This means there are many Mega Drive game officially labled as "Action Games", ranging from platformers (Sonic the Hedgehog) to beat-'em-ups (Golden Axe), versus fighting games (Mortal Kombat), arcade ports (Pac-Mania), first-person shooters (Zero Tolerance) and in the case of Super Hang-On, even some racing games! If a game did not fall under any of the other genres set up by Sega, chances are it would be placed under the "Action" label.

Starting shortly before the Saturn's launch (specifically with Puyo Puyo Tsuu), the Mega Drive (and Game Gear) would be given a revised genre system as part of a box layout redesign to make boxes look more in line with the Saturn boxes. However, unlike the Game Gear, few enough Mega Drive games were released to split the genre.