The Warner Brothers (and Warner Sister) Yakko, Wakko, and Dot decide to open up a hip-pop culture shop in order to become closer to their favorite movie stars. To this end, they travel across various movie sets in the Warner Brothers studio lot in order to retrieve movie memorabilia to sell. However, once they collect all the memorabilia, Pinky and the Brain attempt to steal them in order to further their world domination plans.

The game is a puzzle platformer. Players control Yakko, Wakko, and Dot, controlling one at a time while the others follow. The character is moved around with

. The player can switch the active character with

. Each character has different capabilities, and the player must switch between them often to complete the various challenges presented by each level.

Yakko uses a paddle ball with

to stun enemies. He can also push objects such as crates by moving toward them or pull them by holding

when adjacent to them and moving away. Wakko can strike things with a mallet by pressing

, which can be used to hit switches, break certain objects, and light fuses. Dot is able to blow kisses with

, which, when used on certain characters, triggers certain actions needed to progress.

The Warner Brothers and Sister share health and lives. Their health is indicated by their faces on the top left of the screen. When they smile, they are healthy, but when they are looking either tired, unhappy, or weak, then they should find health soon (which is found in the form of food items). The player loses a life if a character runs out of health. Lives can be increased by obtaining either 100 stars or obtaining a small golden form of their faces. The levels are timed. The timer starts at 500 seconds and can be incremented by 100 seconds by finding an item. If time runs out, the player loses a life and restarts the level from the beginning of the current section with another 500 seconds.

The first four levels can be played in any order. The player must reach the end of each level and beat the boss to obtain a piece of movie memorabilia. Once they have been completed, a fifth level opens to obtain a final piece of movie memorabilia. After clearing all five levels, players travel to the final level where they must fight Pinky and the Brain.

Unlike most other Konami releases, this games was partially PAL optimized. The music plays at the correct speed, the gameplay is slower. There is no known fix for this game. 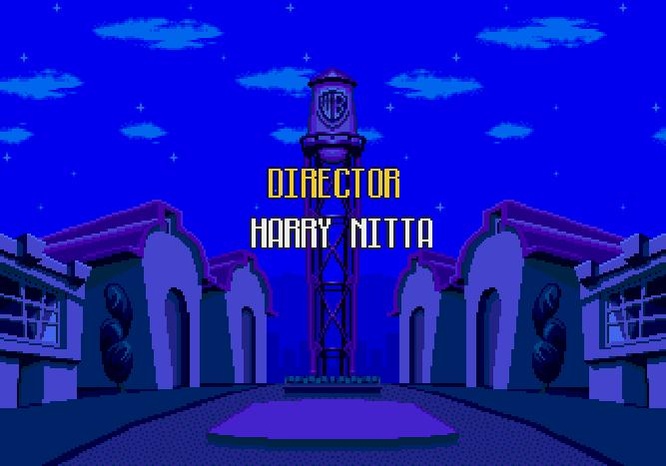