Konami (コナミ) is a Japanese video game developer and one of the most recognizable names in the industry, responsible for developing and producing a number of critically-acclaimed video game franchises like Silent Hill and Metal Gear Solid, and for being one of the largest third-party supporters of many of Sega's home game consoles. 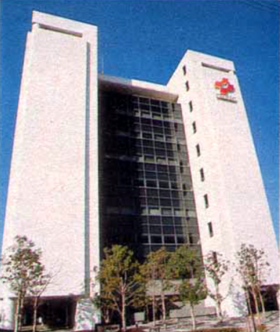 Konami was founded in 1969 in Osaka, Japan by Kagemasa Kozuki, who currently serves as Chief Executive Officer. Originally named Konami Industry Co. Ltd., the company began manufacturing amusement machines in 1973. They began to achieve success with hit arcade games such as 1981's Frogger, Scramble, and Super Cobra, many of which were licensed to other companies for stateside release, including Stern Electronics and Gremlin Industries. With its work with both in arcades and home video games for the SG-1000, the company was one of the first third-party developers affiliated with Sega. However, it later became a third-party developer for Nintendo, becoming their largest third-party publisher by 1993.[1]

The company assumed its current name in 1991. Since then, the company has grown into a large international company focused on a wide variety of entertainment and lifestyle technologies and products, from video games to fitness clubs, from toys to gaming machines.

By 2002, Konami was generating over $1.7 billion in revenues, making it one of the largest and fastest-growing companies in the industry. Publicly traded since 1988 on the Tokyo Stock Exchange and the Osaka Securities Exchange, and listed on the NYSE in 2002, Konami now has over 2000 employees, with offices in North and South America, Europe and Asia, and several studios in Japan. The worldwide headquarters are located in Tokyo, Japan. The main U.S. offices are located in Redwood City, California.

Konami has maintained several development studios spread across Japan during its lifespan: