Earnest Evans (アーネストエバンス) is a 1991 platforming action game developed by Wolf Team for the Sega Mega Drive and Sega Mega-CD released in the US and Japan as exclusives for the respective consoles. The Mega-CD version features animated cutscenes made by Madhouse.

It is the second game to be released in a trilogy following El Viento and followed by Anetto Futatabi. Its plot, however, comes first in the original Japanese chronology (but second in the US localization).

A European Mega Drive release was planned by Ubisoft[4] but it did not materialise.

In the 1930s, a man known as Earnest Evans had learned of three ancient idols which hold enough power to destroy the Earth. Evans had decided to search the world to find the scattered idols, but was injured before he could find all three. Now, many years later, his grandson, Earnest Evans III, continues his grandfather's quest to save humanity from total annihilation. However, a rival treasure hunter named Brady Tresidder also seeks the idols to bring the world's destruction. Earnest must find the treasures before Tresidder does. During his journey, Earnest stumbles upon the beautiful young green-haired girl Annet Myer lying in some ruins in Peru who decides to accompany him for the rest of his adventures. The two encounter a mysterious figure by the name of Sigfried, who has unknown motives, but seems to know a lot about Hastur and his cult.

The game is an action platformer played as the adventurer Earnest Evans. The character Earnest Evans is composed of multiple sprites to give him a fluid, ragdoll-like movement, a technique typically only used for large bosses in other games. Each level has a boss at the end. In some stages, including the first, Earnest must collect pieces of treasure to make the boss appear.

; he can walk and jump while crouching. If he is already crouching, he lies down by pressing

again. He can crawl in this position; he can roll along the ground with

. He stands back up with

and can attack while crouching, crawling, or jumping. He starts with a long-range whip but obtains other weapons later. These weapons can be used a limited number of times and do not carry over to the next stage. He can switch his weapon with

. He can climb ropes and walls with

Earnest has multiple health gauges. He loses health on a subgauge when he takes damage from an enemy or hazard; when a subgauge is empty, he starts over a full subgauge if he has one remaining. The number of subgauges remaining is indicated by red rectangles under the subgauge. He starts each stage with one extra subgauge but can obtain more by finding items. If he loses all of his health with no subgauges remaining, the game ends. It can be continued as long as the player has continues remaining, with Earnest reviving in place. Unlike most platformers, Earnest does not have a brief period of invulnerability when he takes damage, so he can lose a large amount of health from a single enemy or obstacle if the player does not move him out of them quickly. 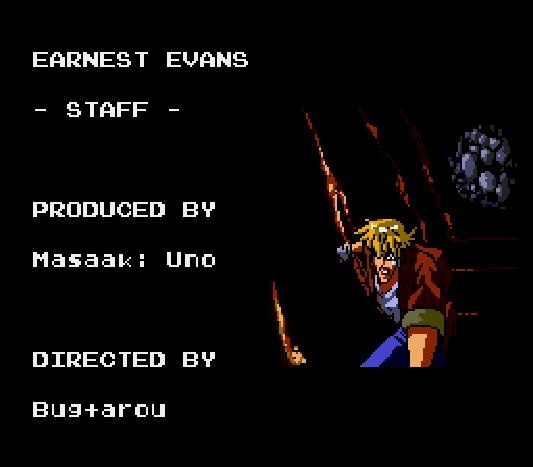 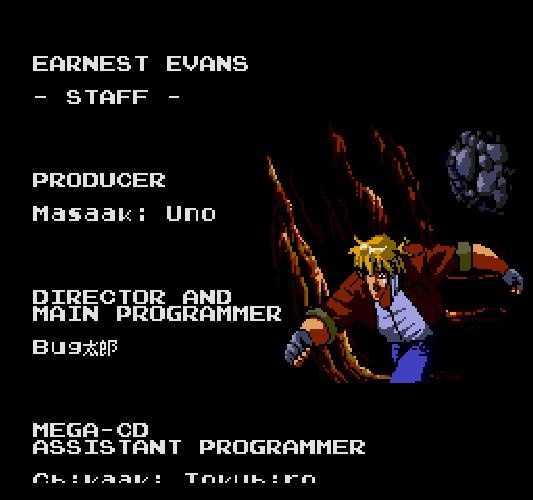