Chakan (also called Chakan: The Forever Man) is a Sega Mega Drive action platform game developed by Extended Play and published by Sega. Based on the character Chakan from the 1986 Robert A. Kraus comic book series Thunder Mace[6], it was first released in the United States in November 1992.

Chakan is a warrior who is so proud of his swordsmanship that he declares even Death cannot best him in battle. Death appears and challenges Chakan: if Chakan can defeat him, he will be granted eternal life. However, if Death wins, he will become Death's eternal servant.

The battle rages on for several days until Chakan emerges as the victor. Death grants him his reward, but additionally condemns him to wander all of existence until all supernatural evil is destroyed.

The game is an action platformer. The player plays as Chakan, who starts in a central hub, from which he can select one of four elemental planes of Earth, Fire, Water, and Air. Each elemental plane has three levels, concluding with a boss fight. The player advances through each level until completion or death, whereupon Chakan is returned to the hub to choose a new level on either the same or a different plane. Chakan's health is indicated by skulls at the top of the screen. Owing to its premise, the game has no concept of "lives"; instead, Chakan returns to the hub if he is defeated. At the bottom of the screen, an hourglass indicates how much time the player has to complete all the levels in the plane. If time runs out, the player is returned to the hub and must restart the plane from its first level. A navigation chart in the center of the hub tracks which levels have been completed and how much time is remaining for each element.

; he performs a double spin jump by holding

near the apex of the jump. He jumps down from platforms with

. He rolls along the ground with

. He enters doorways and portals by standing in front of them and pressing

; he performs a spinning attack by pressing

while doing a double spin jump. Chakan starts out with Twin Swords, but he acquires a new weapon in the first level of each element. Weapons can be used with crouching or jumping and can be aimed in any direction using the D-Pad (including when in the air). The player can switch Chakan's weapon with

Chakan can also collect potions in each of the four elements, which he can combine into "alchemies" that grant him temporary powers such as enhancing his swords with elemental powers or increasing his jump height. The player can see the inventory of collected potions and select an alchemy with  START . After selecting an alchemy, Chakan holds the potions, which can then be used with

Upon defeating the three levels and the enemy bosses for each plane, Chakan clears the "terrestrial plane" and embarks upon a quest to defeat four "elemental planes of evil," each consisting of another three levels and a boss each for Earth, Fire, Water, and Air, which can again be played in any order. These levels are considerably harder than the initial four sets of planes. Once these levels are completed, the game ends, but there is an additional boss fight played after the ending credits.

Chakan is always equipped with his Twin Swords but also obtains a new weapon in each dimension. All weapons can be used to attack enemies, but they have additional capabilities. Chakan can only perform a double spin jump when wielding Twin Swords or the Grappling Hook.

Alchemies appear when Chakan has collected the necessary potions for them. Chakan can hold up to four potions for each element: Earth (green), Fire (red), Water (blue), and Air (clear).

There is a final challenge played after the ending credits roll.

Chakan began development at Recreational Brainware, but when the company folded in mid 1991, former staff Jon Miller and David Foley established Extended Play to finish the game's production.[7] Once Chakan was released in late 1992, the company was dissolved, and the team went their separate ways.[8]

Artist Steve Ross recalls the game's development as one of his more enjoyable projects, as he was directly responsible for producing the look of nearly the entirety of its art. He also mentions that a number of developed stages were later dropped, stating "the best levels never made it into the final product."[9]

Around the turn of the millennium, lead artist Steve Ross collaborated with developer AndNow on a planned Dreamcast sequel, Chakan. While ultimately unreleased, Ross would later recycle many of his unused design concepts into the 2002 Crystal Dynamics game Blood Omen 2.

Thanks for Playing and Look for the Further Adventures of Chakan in R.A.K. Graphics Comics.
© MCMLXLII Sega of America, Inc. 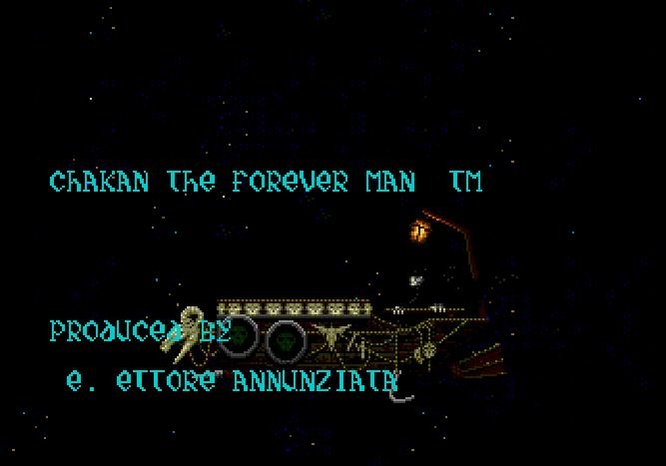 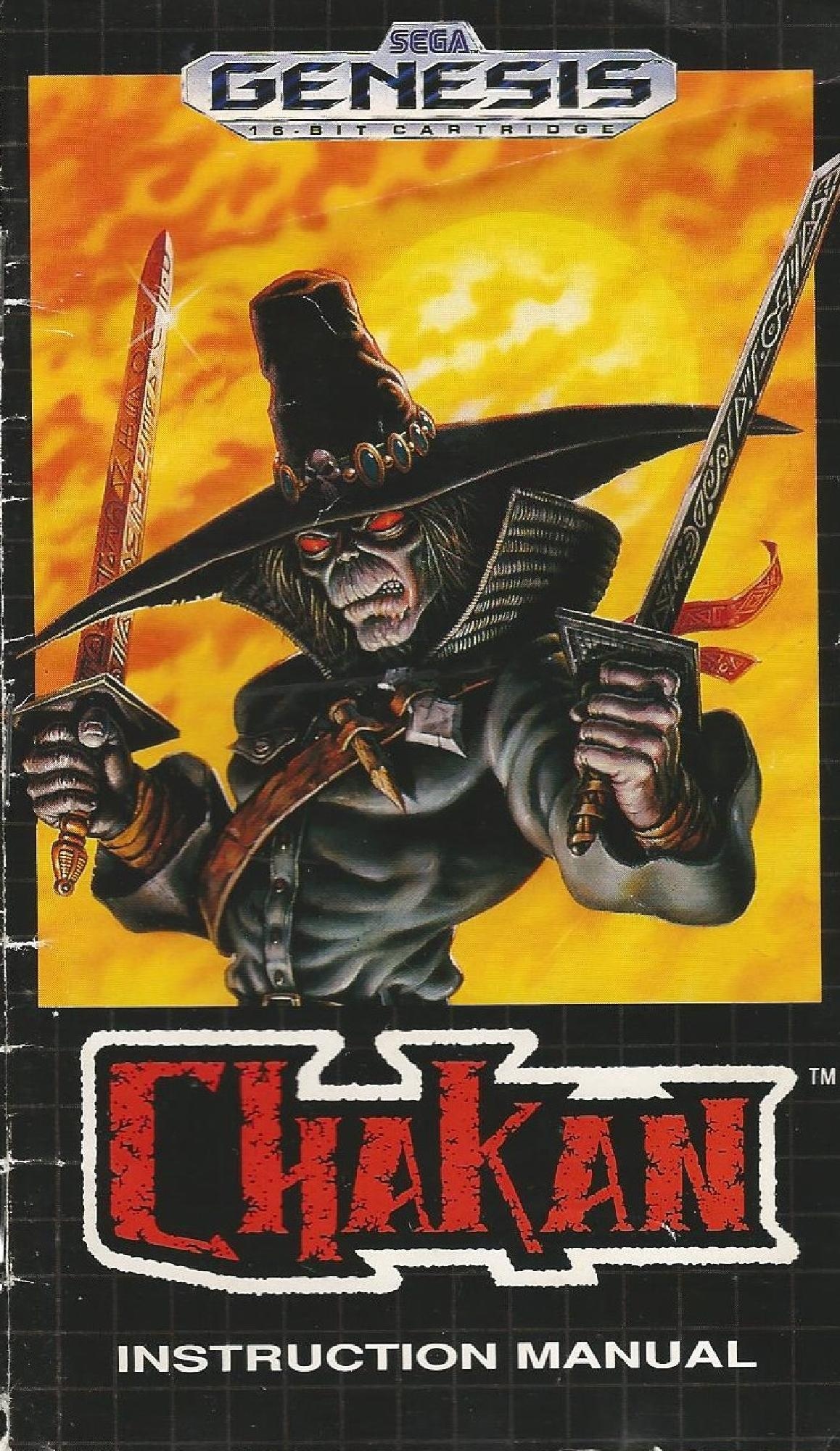