NBA Hang Time is an arcade basketball game which was ported to the Sega Mega Drive.

The game is a direct descendant of NBA Jam: Tournament Edition. However, it was forced to change its name after Acclaim Entertainment bought the rights to the NBA Jam moniker. It would be followed by NBA Showtime: NBA on NBC some years later.

Like NBA Jam, the game is a fast-paced, two-on-two basketball game. All of the NBA teams at the time are represented, and the player chooses a line-up of two players out of five players from each team. Each match-up is four quarters of three minutes each. The goal is to outscore the other team; baskets from within the three-point line are worth two points, and shots from outside of it are worth three points. There are no fouls, free throws, or violations except goaltending and a 24-second shot clock. Teams can substitute players at halftime.

Players are moved around the court with the D-Pad. Players have a turbo meter that increases their running speed by holding

. The turbo meter is depleted as it is used, but it quickly recharges when it is not used.

The game supports up to four players simultaneously with the Team Player. Additional players can join the game while it is in progress by pressing  START . In one- and two-player games, players control one member of their respective teams and have AI-controlled teammates. The game also has a Computer Assistance feature enabled by default that increases the precision of the losing team's shots to ensure a more competitive game.

The game has a "Create a Player" feature for creating custom players, which are saved to the cartridge with a battery backup. 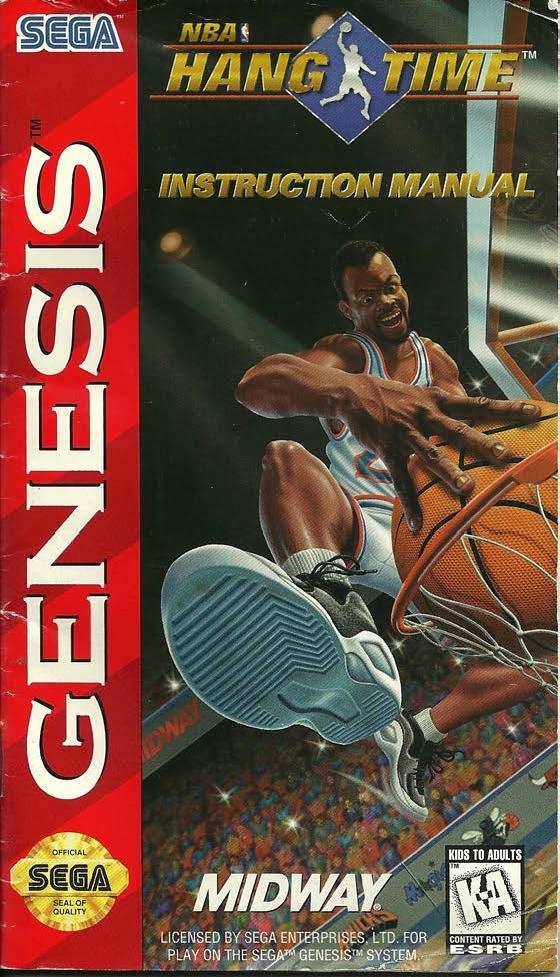