X-Men 2: Clone Wars is the sequel to the Sega Mega Drive game X-Men, released in 1995 by Headgames and Sega under license from Marvel Comics.

The game is based on the current story arc from the comics at the time of development. The plot is narrated through the Cerebro and Professor X's communication with each other. Cerebro detects that the techno-organic alien race known as the Phalanx have returned and have contaminated a sentinel manufacturing facility. Learning this, Professor X sends the X-Men (Beast, Psylocke, Gambit, Nightcrawler, Wolverine, and Cyclops) to destroy the Phalanx virus, but discovers that the virus has spread to Avalon, home of Exodus and Magneto.

The game is an action platformer like its predecessor. Characters walk with

and jump down from platforms with

. Characters do a basic short-ranged attack with

, which can while crouching with

or directed upwards with

. Each character also has a unique mutant ability that is performed with

. Unlike the preceding game, special powers do not require energy to use. Some special abilities can be charged by holding

Characters have a health bar consisting of multiple segments. They lose segments as they take damage from enemies. When the character has high health (indicated by the two yellow segments at the top of the bar), his or her attacks and abilities are especially powerful. If a character loses all of his or her health, the player loses a life and must restart the stage. The player can choose another character to play. The game ends if the player runs out of lives.

The game supports two-player simultaneous play, with each player controlling a different character.

Beast, Psylocke, Gambit, Nightcrawler, Wolverine, and Cyclops are initially playable, and a seventh character becomes available midway through the game. The assist characters from the first game are no longer available.

During development, the game was known as X-Men 2: The Bio-Wars. 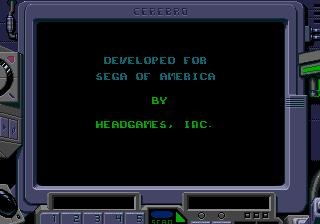