Cyber Troopers Virtual-On, known as Dennou Senki Virtual-On (電脳戦機バーチャロン) in Japan, is an arcade game initially created created for the Sega Model 2B CRX arcade platform by Sega AM3 in 1995.

The release of sequels (specifically the Xbox 360 version of Dennou Senki Virtual-On: Force) has seen this entry in the series retroactively subtitled Operation Moongate (shortened to OMG). While the term is briefly used within the game to describe the plot, it does not refer to itself with this subtitle.

In Cyber Troopers Virtual-On, players assume one of eight armed "Virtuaroids" in one-on-one fighting matches (best of three rounds), similar to a traditional versus fighting game. Unlike Sega's previous 3D fighting games however, combat is played from a third-person perspective across a three-dimensional field, and attacks primarily involve projectile weapons. The objective of the game is to destroy all of your opponents in succession.

Cyber Troopers Virtual-On was designed to accommodate a digital "twin-stick" control scheme, similar in part to older arcade games such as Robotron 2084 and Smash TV, but with two buttons on each stick. Each Virtuaroid has three weapons, one activated by the trigger on the left, another by the trigger on the right, and a third activated when both triggers are pressed simultaneously. While most weapons are projectile based, some are close-range attacks, and some double up as both. A second button on both sticks allows the player to "dash" to avoid enemy fire.

In arcade mode, the player takes on each Virtuaroid in-turn. The first five stages are considered part of a training "simulation", with the next three taking place on the moon. Once all eight Virtuaroids are defeated, the player battles a boss, Z-Gradt, which needs to be defeated within the time limit in order to finish the game.

Should the player take too long during the initial simulation fights, he/she will have to fight a mid-boss, Jaguarandi before going to the moon.

Virtual-On supports up to 32 projectiles from each player on-screen at once, meaning a maxiumum of 64[20].

All Virtuaroids are powered by Sega Saturns.

The success of the arcade game led to Cyber Troopers Virtual-On becoming a well established franchise in Japan, with plastic models, original soundtracks, trading figurines, light novels and audio drama CDs being among the merchandise released in this region.

Virtual-On was also released as Sega Ages 2500 Series Vol. 31: Cyber Troopers Virtual-On in Japan with improved graphics, a better quality soundtrack and various other extra features. Two player online versions of the game were also released for the Sega Saturn version in America and Japan for the Sega NetLink and XB∀ND services.

The game was followed up by a sequel in Cyber Troopers Virtual-On: Oratorio Tangram. The arcade version is also fully playble as a mini-game in Yakuza Kiwami 2.

Virtual-On was an extremely popular arcade game at the time of release, which led to the game being ported to the Sega Saturn with significant cutbacks the following year. The Saturn version makes cutbacks to accommodate the weaker graphical hardware over the Model 2 arcade board, but also adds a variety of modes not found in the arcade version.

For the authentic arcade feel, Sega manufactured the Saturn Twin-Stick, with which the game was bundled in Japan. While the control scheme can be replicated on a standard control pad, all six face buttons are utilised in addition to

. Conversely, the shape of the Twin-Stick means it is easier for players to understand which actions move their Virtuaroid, and which buttons fire. The Twin-Stick was never released outside of Japan, however plans seem to have been in place at one stage to release the peripheral in North America as a separate product, as it is both advertised[21] and its control scheme listed in the US manual[22].

The Saturn version of the game aims for a 30FPS refresh rate (half that of the arcade) and uses an in-house engine not reliant on the Sega Graphics Library[23]. Most, though not all, of the underlying code (and to a lesser extent assets) were brought directly from the arcade version[23]. Like Sega's Model 2-to-Saturn fighting game conversions, 3D polygonal backgrounds were replaced with 2D variants. The Saturn version also includes two split screen options, both "horizontal" and "vertical".

In 1997 another verion of the game was released that was compatible with Netlink, like all other Netlink games can now be played over a high speed internet connection with Voip[24]

1997 also saw a Windows PC release derived from the Saturn game, however unlike previous Sega PC games, Virtual-On required a 166MHz Pentium MMX processor to run, which at the time was only available as part of high-end machines[25]. Despite this, the game was unable to hit a stable frame rate with the recommended hardware, and 3D accelerator cards were not supported (though a separate Dennou Senki Virtual-On for Power VR port was released in Japan). In most of Europe, the PC version went unreleased, with only the United Kingdom receiving a circa 1999 release by Expert Software.

While the PC version technically runs at 640x480, unlike with many of Sega's PC games, most of the action takes place in a 496x384 (Model 2 resoluton) window surrounded by black borders. While a lower resolution mode is offered, this increases the border further; neither modes operate in full screen.

Furthermore, no Twin-Stick-esque peripherals were available for PC owners at launch, meaning players usually had to resort to the keyboard or joystick (or combinations of the two). This can cause problems for cheaper keyboards, as these often only support a limited amount of simultaneous key presses. 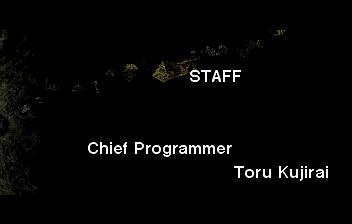