Puyo Puyo Sun (ぷよぷよSUN) is the third title in the Puyo Puyo series, initially released for Sega Titan Video arcade hardware in 1996. Like most Puyo Puyo games, Puyo Puyo Sun did not see a release outside of Japan. Like its prequel, Puyo Puyo Tsuu, the "Sun" part of the name is a pun on the number "San (三)", which is Japanese for "three" (in Puyo Puyo Tsuu, "Tsu" means both "Expert" in Japanese and sounds like the number "two" in English when spoken).

After reading a magazine, Satan gains the desire to get a tan and a lot of female attention, and so uses his magic to make the sun much larger, raising the temperature and turning the land into a tropical paradise. Arle and Carbuncle both find this new weather too hot, and seeing Satan's castle as the source of the heat wave set out to stop Satan's scheme and bring the temperature back to normal. Schezo also sets out on a journey to stop Satan's scheme in order to bring back the night. Draco, however, loves the new weather, so she takes out her bikini and sets out to sunbathe in her own short story.

Puyo Puyo Sun builds on the gameplay seen in Puyo Puyo Tsuu, however now includes "Sun Puyo" - Ojama Puyo which will amplify the damage done to the player's opponent. The changes are otherwise subtle, but lead to a more combative game than its predecessor - trends that would continue in the Puyo Puyo games which followed.

Puyo Puyo Sun introduces matches with as little as three colours of Puyo in play. This changes the dynamic of the game significantly - fewer colours means popping occurs more often, and in turn, chains are easier to create, allowing for stronger attacks. With Sun Puyo then amplifying these attacks (the popping of one Sun Puyo can easily create a row of Ojama), matches become less about careful placement of Puyo in the field, and more about being able to counter the opponent before being flooded.

In practice, this means matches in Puyo Puyo Sun are generally shorter than Tsuu, as chaining is no longer a requirement for large attacks. It also means the weakest computer players in Sun have far more of a chance of winning than in Tsuu.

The game's three difficulty settings are represented by different playable characters, meaning for the first time, player one does not need to be represented by Arle (or nobody). Each character also has their own complete set of voice samples (as opposed to Tsuu where the enemy only speaks its name and makes a noise when defeated).

All of the characters listed here can also be played as in the 2-player versus mode. The last two characters in the list, Satan and Carbuncle, must be unlocked through cheats in order to play as them.

The game was brought to the Sega Saturn and PlayStation (Puyo Puyo Sun Ketteiban (ぷよぷよSUN決定盤)) in 1997 with various extra features. It was also brought to the Nintendo 64 and Windows PC and a handheld version was released for the Nintendo Game Boy. Again, neither of these versions left Japan. In 2003, Sega rereleased the PlayStation version with a cheaper price. This version, SLPM 87213, is one of only two PlayStation games (the other being MiniMoni. Shakka to Tambourine! Dapyon!) released by Sega.

A stripped-down port to the Sega Mega Drive which contains only the 2-player versus mode, VS Puyo Puyo Sun, was featured in the Mega Drive Mini 2. 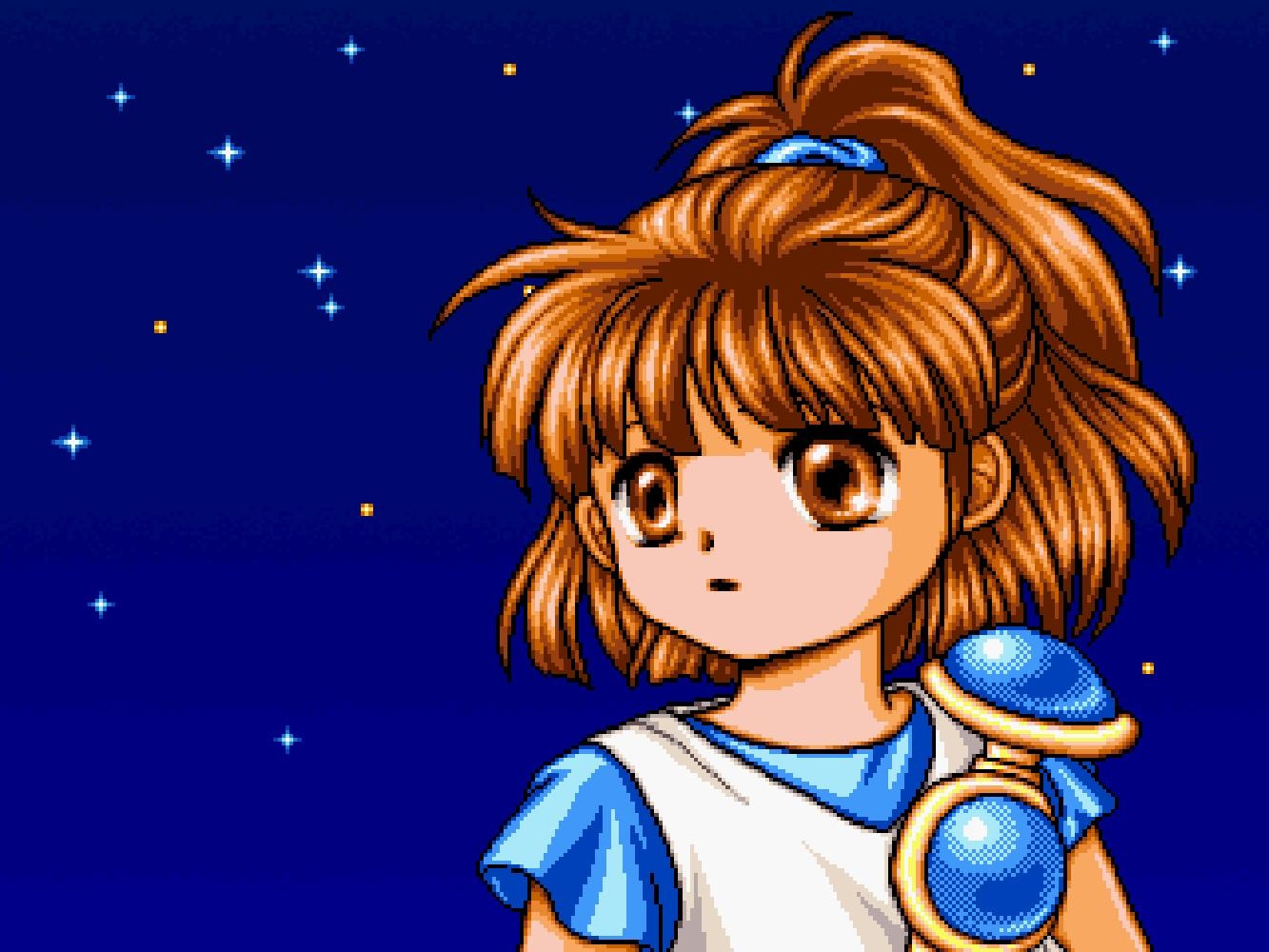