SimCity 2000 (シムシティ２０００) is a strategy/simulation game deveoped and published by Maxis as a sequel to SimCity. It is the only SimCity game to be released on a Sega console, in this case, the Sega Saturn in 1995.

SimCity 2000 features isometric graphics, allowing the user to fully customise the terrain of the level before beginning. The main goal is to build successful cities while negotiating natural disasters.

Imagineer likely planned to produce a Sega Mega-CD version of the game, with the port appearing in some form (alongside the Super NES version) at Summer CES 1994.

The Sega Saturn version of SimCity 2000 retains most of the content from the PC version, though is missing some of the disaster scenarios for unknown reasons (conversely it adds a new intro video, suggesting it was not a disc space issue, and the PlayStation version retains them). It is also a slower game, with the fastest speed setting of the PC version omitted and game suffers from longer loading times. It does, however, include a CD soundtrack and higher quality sound effects.

Cities take up a large amount of the Saturn's internal memory, meaning only one can be saved without a Backup Memory cartridge.

Some buildings are exclusive to the Saturn game, such as a statue of Sonic the Hedgehog that is made available under certain circumstances.

Fred Haslam & Will Wright spent altogether too much of their lives thinking about SimCity 2000 and bringing their thoughts to life on the Macintosh
Greg Kearney, Paul Kerchen & Cort Oi managed to squeeze an already complicated game into the confines of the Saturn and still find a few tricks up their collective sleeves to add even more cool stuff.
Kevin O'Hare doctored up a perfectly good version of SCURK DOS so we could use it as a tool for importing the building tile sets.
Byrt Martinez made sure everyone was doing what they were supposed to be doing, even though he really didn't know what he was doing. (It's not easy being green.)
Tom Forge made sure no one else in the company knew about it. Thanks, boss!
Michael Murguia, Rick Macaraeg & Byrt Martinez designed, built, and rendered the 3D artwork to bring the SimCity 2000 artwork to a new level.
Not to mention the gratuitous lens flares, but we won't mention that. Vertex pushers! Gotta love 'em.
Sharon Perry made sure every other single pixel pushed by Shannon Galvin, Mimi Macaraeg, Charlie Aquilina, Bonnie Borucki and Kok Wee Lim, was in its proper place and color.
Sue Kasper, Brian Conrad, and Justin McCormick gave up promising careers as karaoke singers to create the music for SimCity 2000.
The Maxis Sample Heds stayed up dark nights in late rooms making weird noises into microphones.
Brian Conrad also sat in the bow of the boat and beat his drum. Not to mention that new keyboard he used for the intro music, but we won't mention that either.
Fred Haslam, Debra Larson and Chris Welas VERBed over an ADJECTIVE NOUN for hours on end to create the EXCLAMATION SimCity 2000 Newspaper.
Thanks also to Chris Blackwell, Heather Mace, Jason Shankel, and Jim Turner for their help in navigating through some of the more "interesting" parts of SimCity 2000's innards.
Newspaper pics provided by: Lori Reese & Archive Photos of New York City.
To ground ourselves in reality we called upon:Bruce Joffe (GIS Consultant),Craig Christenson (National Renewable EnergyLaboratory),Ray Gatchalian (Oakland Fire Department),and Diane L. Zahm (Florida Department of Law Enforcement)
Alan Barton had to force Marc Meyer,Scott Shicoff, Joe Longworth, Michael Gilmartin, Cathy Castro, John Landes, Jussi Ylinen, Will Ho, and Keith Meyer to play SimCity 2000 for hours at gun point and make sure everything worked like it was supposed to. May Wong also put this version through its paces, though not at gun point.
Everyone who worked on the project felt for one reason or another these people deserved special mention:
Sam Poole for having a good enough sense of humor to not fire everyone and go into business for himself.
Joe Scirica for making sure we stayed out of jail, passed Go and collected $200.00
Jeff Braun, who loves Maxis, runs Maxis, and IS Maxis (and we thank him for that).
Fred Gerson, for handing out those juicy $200 bills after we all passed Go.
Deborah Gross for making sure Maxis is happy, staffed, and PC.
Robin Harper for coordinating, coagulating, and motivating our rippin' marketing and PR teams.
Bob Derber, who could sue us for not including him in these credits. (and for the tasty squid)
Andy Derber, the disco-lovin', pig-farmin', phone-jackin', MIS kinda guy.
Jimbo, Mike Perry, John Csicsery, Claire Curtain, Roxy Wolosenko, Andy Larson and the other Mike (Wyman) for their excellent guidance, and constructive (or was it destructive?) criticism.
Michael Wyman & Bob Sombrio For Special News Bulletins.
Everyone else who punches the clock at Maxis (like it's the worst job we could find).
The folks at Sega (especially Osamu Shibamiya) who answered our pesky questions. 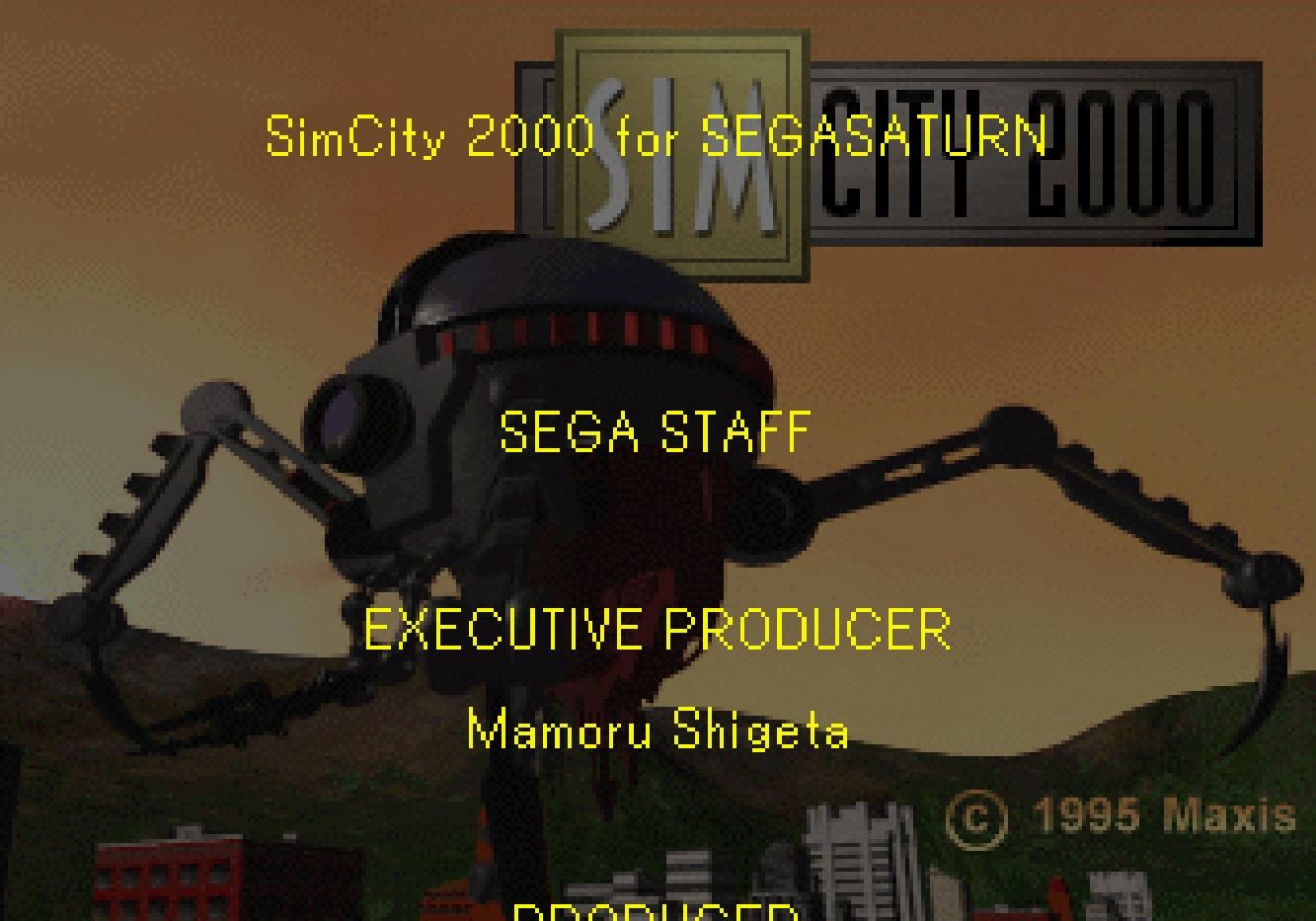