TaleSpin is a 1992 action game for the Sega Mega Drive and Sega Game Gear by Sega based upon Disney's television show TaleSpin.

The game is different from the games of the same name published by Capcom for the NES and Game Boy and by NEC for the TurboGrafx-16.

The game involves the adventures of Baloo and Kit Cloudkicker, two bears delivering cargo for Rebecca Cunningham, another bear, and their freight business, Higher for Hire. They live in the city of Cape Suzette, a setting similar to a coastal American city in the 1930s. Baloo and Kit face up against the tiger tycoon Shere Khan in a contest to earn a lifetime work contract from the city. They have seven days collect cargo from exotic locations around the world. Shere Khan wants to put Rebecca out of business, so he hires air pirates, led by Don Karnage, to do his dirty work.

The game is a side-scrolling platformer. The player can choose to play as either Baloo or Kit. There is also a two-player mode in which both characters are played simultaneously. The goal of each stage is to find ten pieces of cargo. Some stages have more than ten pieces, but only ten are necessary to open the customs office (the stage exit). Baloo and Kit face numerous enemies and environmental hazards in the course of finding the cargo. There is a fight against a boss in the customs office of each stage.

Baloo and Kit play similarly. Both can be moved around with

jumps. Kit can also jump higher than Baloo and squeeze into smaller spaces.

when in front of or on top of a cargo box or an empty box collects it. Empty boxes can be collected in this way and dropped with

shoots the character's weapon: Baloo is armed with a paddle ball that is stronger and Kit has a slingshot that shoots further.

In two-player games, Kit can ride piggyback on Baloo; to do this, both characters must be positioned close to one another and Baloo must press

After every second stage, there is flying sequence where Baloo pilots the Sea Duck, their seaplane, with Kit tethered to the back of the plane on an airfoil (akin to wakeboarding). These play similarly to horizontally scrolling shoot-'em-up games. As Baloo,

is used to accelerate the Sea Duck and

makes the Sea Duck climb and

fires the grease gun. As Kit,

makes the airfoil climb and

to make the Sea Duck climb or dive respectively.

alone makes it level off.

Baloo, Kit, and the Sea Duck all have health gauges that are depleted when hit by enemies. If they run out of health, they lose a try. If they lose all their tries, the game ends unless the player has a continue to use. Additionally, there is a global timer throughout the game that starts at seven days and counts down as the game progresses. Baloo and Kit must complete the contest before time runs out or the game ends.

The Game Gear version follows the Mega Drive version closely in gameplay mechanics and even level design. There is no two-player mode in this version. As before, the player can play as Baloo or Kit, who move around with

, shoot their weapon with

, and jump off platforms with

. Boxes are picked up with

and empty boxes are dropped with

. The flying sections are similar, with the D-Pad moving the Sea Duck around and

shooting its grease gun. Flying sequences are always played as the Sea Duck alone and without Kit, regardless of which character is being played, and have no stormy sections. The player's health is shown as a number in the corner of the screen; all other information is shown on the pause screen when  START  is pressed.

The stages and bosses are the same as in the Mega Drive version, except the final stage consists solely of the boss fight and omits the cave section (which also removes the gameplay incentive to collect extra cargo in any of the earlier stages). 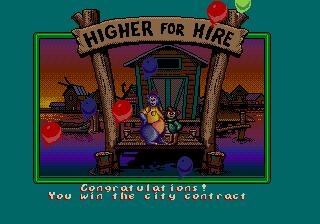 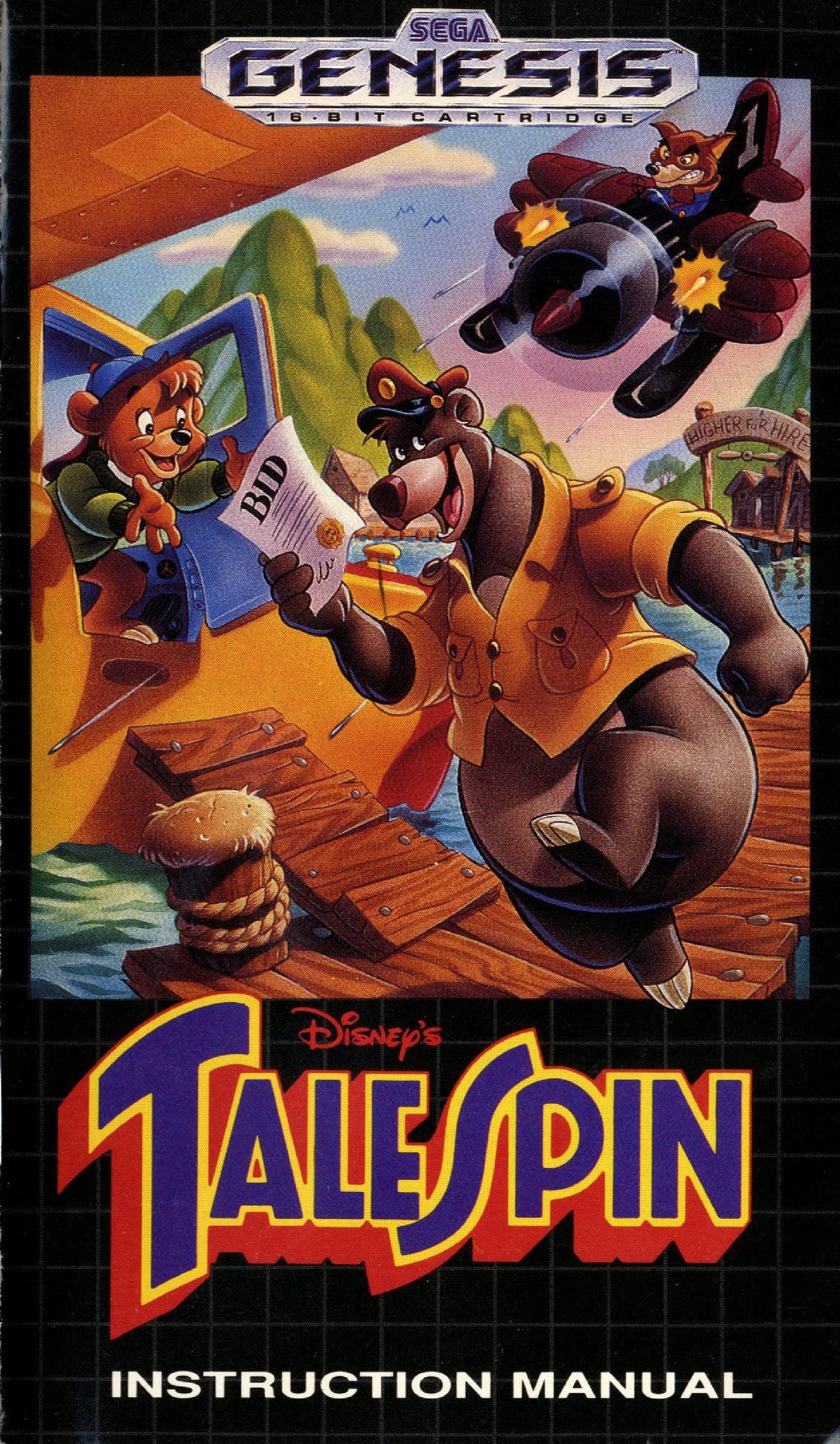 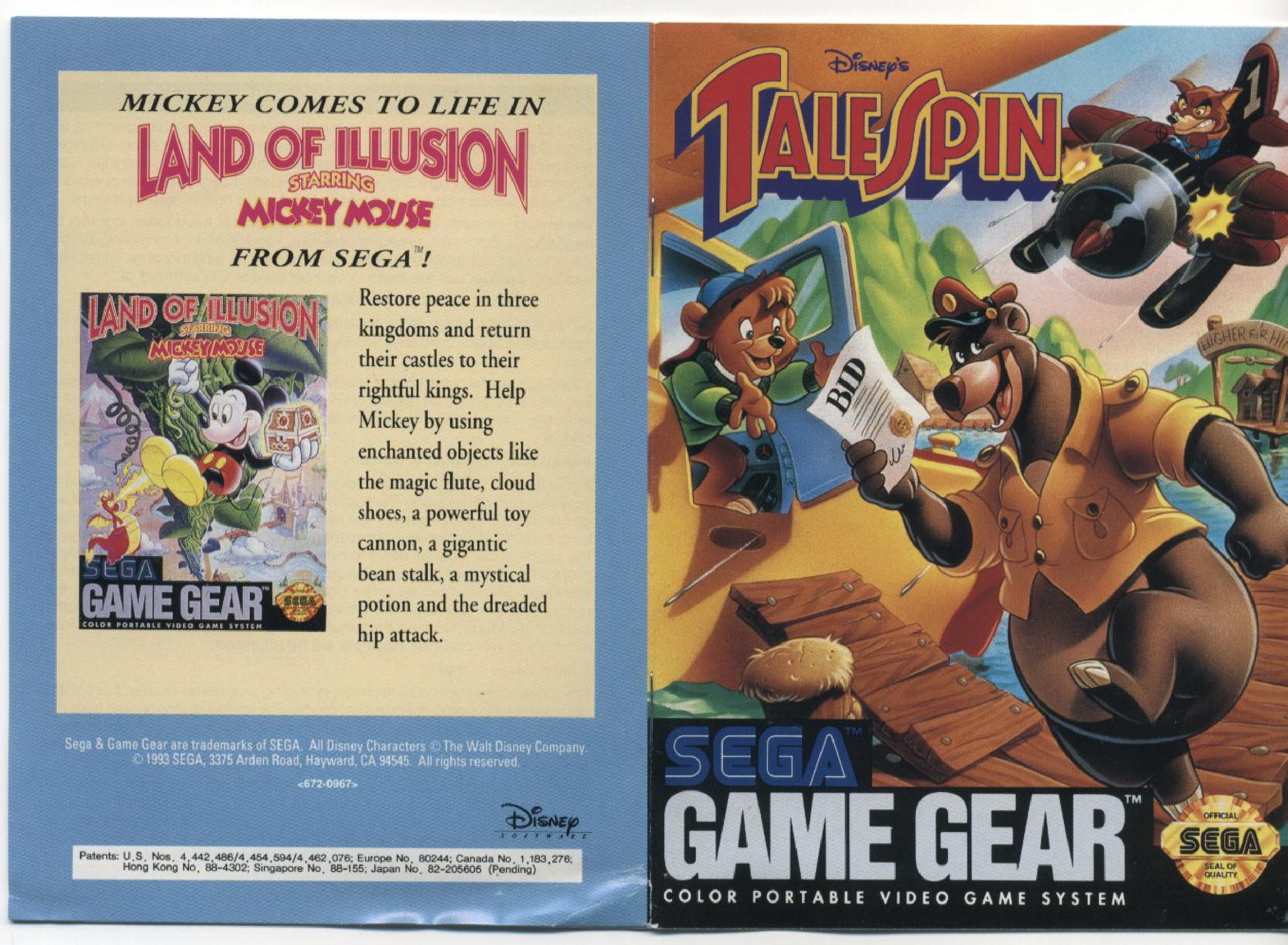