Mega Man: The Wily Wars, known as Rockman Mega World (ロックマンメガワールド) in Japan, is a compilation released in 1994 by Capcom for the Sega Mega Drive.

In the United States, it was released as a Sega Channel exclusive, although the box art of a proposed cartridge release has since been found. Said box curiously features an unusual (for the Mega Man series) MA-13 rating, although its likely this was an error as the Sega Channel release was rated GA instead. Reportedly the game was put on indefinite hold in the US due to "graphical issues"[12], but it was officially released in the country with the release of the Mega Drive Mini in September 2019. In December 2021, the physical version of this game finally released officially in the United States as a collector's edition courtesy of publisher Retro-Bit.[6]

The evil Dr. Wily has traveled back in time in an attempt to defeat the robotic hero Mega Man in one of their first three conflicts.

After completing his travels through time, Mega Man must use all he has learned to defeat Dr. Wily in the Wily Tower.

The game is an action platformer. In these games, the objective is to pick a stage and navigate it, defeating enemies along the way, and beat the Robot Master at the end of the stage. Once the player defeats the Robot Master, Mega Man gains its weapon. Similar to a game of rock-paper-scissors, each Robot Master is weak to particular weapons and immune to others, so the order in which the player tackles the stages affects the difficulty of the game. Mega Man also acquires several special items to help him with platforming challenges such as the Magnet Beam, Dr. Light Items, and Rush. Once the player has defeated all the Robot Masters, Mega Man travels to Dr. Wily's Fortress where the final set of stages awaits.

and jumps higher the longer the button is held. He uses his weapon with

. Mega Man's primary weapon is his arm-mounted Mega Buster, which shoots energy pellets. He cannot duck but can slide along the ground with

in Mega Man 3 and Wily Tower to evade enemies or fit through narrow passages. The player can open a menu to change the current weapon with

or  START . Weapons besides the Mega Buster cost energy to use, which is replenished through item pick-ups dropped by defeated enemies.

Mega Man's health is indicated by a gauge in the corner of the screen. He loses health when he takes damage from an enemy. Some obstacles, such as spikes or bottomless pit, destroy Mega Man regardless of how much health he has remaining. If he loses all of his health, he loses a life. If he loses all of his lives, the game ends. Mega Man's health and weapon energy is normally replenished at the start of each stage, with the exception of the Wily stages, where the player must manage them carefully.

After beating the three main games the player unlocks the short bonus game Wily Tower. Wily Tower only has three Robot Masters, which the player does not gain a weapon from, and then four Wily stages. At the beginning of each stage in the Wily Tower, the player chooses any combination of weapons and items to equip from the three original games. The Robot Masters in Wily Tower share a similar origin in the Chinese epic Journey to the West. Buster Rod G is based off Sun Wukong (called Son Goku in Japanese), Hyper Storm H is based off Zhu Bajie (called Cho Hakkai in Japanese), and Mega Water S is based off Sha Wujing (called Sa Gojou in Japanese).

In each game, the player can play the stages of any of the initial Robot Masters in any order. The remaining stages are played in order after those have been completed. No weapons are gained from the Wily stages.

No weapons are gained from any of the Wily Tower stages. The player chooses eight weapons and three items from the original three games prior to starting every stage.

Artist Keiji Inafune claimed that the development of the game was outsourced and rather slow going. He described the debugging procedure as "an absolute nightmare", even helping out in process himself as he felt bad for the person in charge. "It was so bad," he recalled, "I found myself saying, 'I can't believe we've made it out of there alive.'" The team later questioning whether the nightmare was "truly necessary", led to changes in procedure to try and avoid similar situations in the future.

With the theme of the game being the novel Journey to the West, Inafune stated that while drawing the three new boss characters he "tried to take the flavor of the theme and give it that Mega Man twist." Other than these characters, Inafune's only other illustrative contribution to the game was the depiction of Mega Man and Rush on the cover art. The soundtrack of The Wily Wars, composed by Kinuyo Yamashita, consists of 16-bit versions of the original Mega Man musical scores, as well as new songs for the Wily Tower portion of the game.

Some experienced players of the original NES games may notice that the game speed is slightly slower, which makes some parts of the game easier but other parts more difficult because of the different timings.

The original three games have their credits screens still in place, but there are no credits for The Wily Wars. After beating Wily Tower, there is only a cutscene and a list of all the Robot Masters. There is no list of credits in the manual either.

The only source of credits available comes from the worklist of freelancer Kouji Murata[13], who handled all the sound aspects (sound driving, sound porting, composition and arrangement and sound effects) for Mega Man III and IV for the Game Boy (Rockman World 3 and 4 in Japan). He credits himself for Sound Effects in The Wily Wars and refers to a "Yamashita-san" when crediting the music.

Because he worked through Minakuchi Engineering from 1990 to 1992 (during which Mega Man III was created) and continued to work on the Rockman World series up until late 1994 as a freelancer, he is most likely referring to Kinuyo Yamashita of Castlevania fame, as she was associated with Minakuchi Engineering around that time. This is because Yamashita was contracted through the company circa 1995 to compose the music for the SNES version of Mega Man X3 (Rockman X3 in Japan). Additionally, the two had previously worked together on Famicon Disk System title Arumana's Miracle. 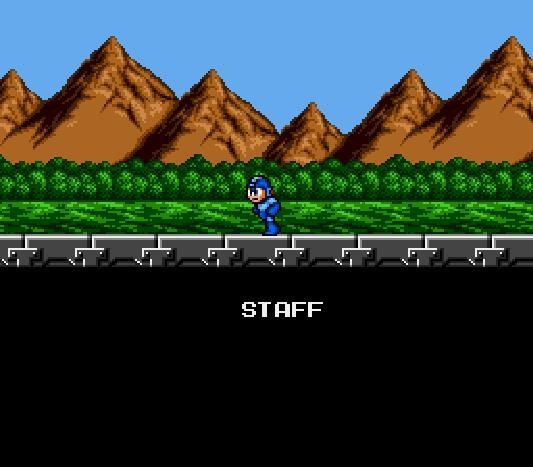 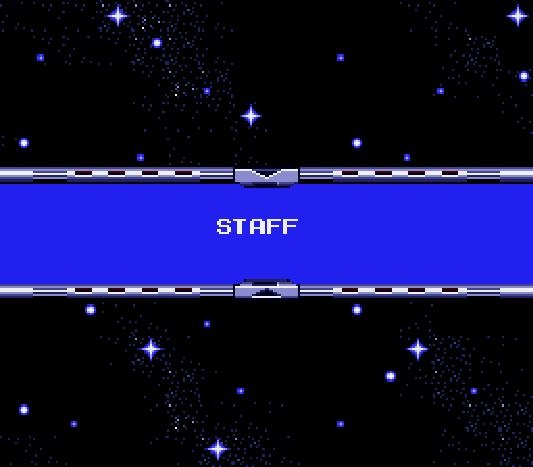 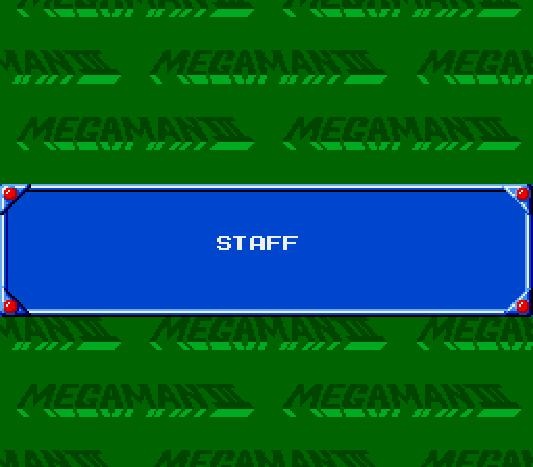