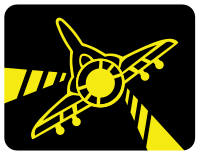 Like the Sega Mega Drive before it, the Sega Saturn became a haven for shoot-'em-up games. This was mostly due to its superiority over the Sony PlayStation when it came to rendering 2D graphics (though several 3D shoot-'em-ups were released as well). Companies such as Konami, Irem, Taito and Cave who had largely bypassed the Mega Drive chose to release many of their arcade shoot-'em-ups, both new and old, on the system, making it the console of choice for shoot-'em-up fans.

Sadly, the majority of these titles remained in Japan, perhaps due to fears they would not sell in a western world consumed with cutting edge 3D games. The Saturn's generation was the first to see a wave of "bullet hell" shooters, with potentially hundreds of bullets on screen at once paired with extremely difficult gameplay. Previous console generations were hindered by low sprite limits and could not deliver this experience, but these styles of games were perhaps considered "too hard" for an international release.

In addition to the games listed in this category, Dezaemon 2 allows the user to construct their own shoot-'em-up games. Over 200 games using Dezaemon 2 as a base have been released onto the internet, with potentially thousands sitting on Japanese memory carts and disks.